The Thunderkick team comprises of passionate gamers looking to impart A-1 fiat and Bitcoin casino software. The company started with a simple idea to develop games that improve overall casino experience. Each member of the team harnesses their passion for creating quality games and services. Upon progressing further, the company introduced an independent Remote Gaming Server and slot games developers based in Stockholm. Although a rookie in the industry, Thunderkick’s pool of employees include individuals adept in the world of iGaming.

Thunderkick’s games reflect the company’s youth. The young and creative culture of their team can be seen with the way they approach creating their games, which packs a punch when it comes to unique elements and innovations. Their games present fresh elements that highlight visuals, layout, style, and sound effects. Thunderkick is mostly focused on creating slot games, which makes them a prominent name in the Bitcoin slots world. As the company is still getting its grips in the market, they seek to develop quality games, not just focusing on how many products they make.

Some of the popular Thunderkick slot game titles are Sunny Scoops, Fruit Warp, Birds on a Wire, and Magicious. There are more Thunderkick slot games with inventive themes that are enticing. The game list also includes 5 reels with multiple fiat and Bitcoin casino bonus features. Additionally, all of their developed products are coded in HTML5 and flash formats with 3D graphics rendering. Take note that all games are playable on a variety of platforms and mobile devices allowing users to play the games whenever and wherever they want to.

Thunderkick’s slots are certified and regulated by over 11 jurisdictions. These gambling commissions are known to be strict and iron-fisted, giving players peace of mind when they start spinning the reels. Furthermore, the software provider goes the extra mile to receive proper regulations from the following jurisdictions: United Kingdom, Gibraltar, Denmark, Isle of Man, Italy, Spain, Malta, and more. 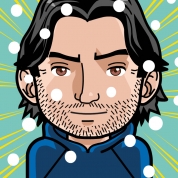