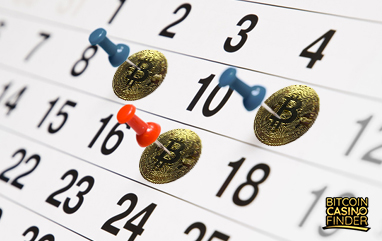 It’s been a while since Bitcoin reached peak price, but many crypto believers and market analysts predict another positive trajectory for Bitcoin this 2019. With this notion, companies and exchanges continue to work on new projects and events to promote the use of Bitcoin and to ensure that the market is heading to the right direction. Here are the top 4 projects that will take off this year:

The first quarter of 2019 highlights the Bakkt Bitcoin Futures launch, a project founded by the Intercontinental Exchange (ICE), one of the operators of the New York Stock Exchange. The project was initially set to launch in January 24, but the company revised the date to oversee and improve the platform.

The project would be a physical-delivery BTC futures platform, and it would offer BTC-settled futures contract to customers who have Bitcoins held at the Bakkt Warehouse. Each future contract translates to one Bitcoin and can be traded in U.S. dollar terms.

Following Bakkt’s project, the Nasdaq Stock Market is also expected to launch its BTC futures before the end of this year’s first quarter period. The company first announced the project in November 2017, but it didn’t fully materialize until 2018. They plan to introduce a BTC futures contract that has “transparent, regulated, and surveilled” digital assets. At the moment, Nasdaq is still waiting for the approval of the Commodity Futures Trading Commission (CFTC).

Many companies and institutions eyed the complete adoption of Bitcoin in 2018, but the United States’ Securities and Exchange Commission (SEC) has delayed its decision on rule change proposals to list a Bitcoin ETF for all companies until February 27, 2019. This means that Vandeck/SolidX’s submission still doesn’t have a definitive verdict. Regardless, the company is certain that their submission is in line with many concerns demanded by the SEC against Bitcoin ETFs. If approved, Vaneck/SolidX BTC ETF will launch Bitcoin in late February or early March.

Mt. Gox, a Bitcoin-exchange based in Shibuya, Tokyo, is currently working on their rehabilitation plan. It aims to distribute the company’s stash which holds 166,000 BTC ( $1.3 billion USD) and 168,000 BCH ($665.5 million). The service is set to launch in February 2019. The first set of payments to the creditors will be released between May and June 2019.