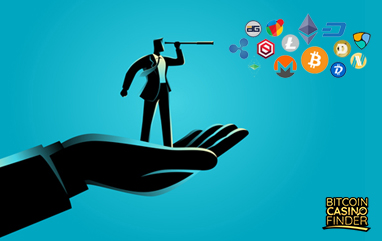 Cryptocurrencies and the blockchain continue to make a mark in online innovation by introducing products and services for multiple businesses around the world. The adoption of the technology became a successful global phenomenon this year. But, what does the future hold for these two? Let’s see if the technology can shape and reshape the world once again in 2019.

Revolutionize The Internet of Things

The Internet of Things (IoT) is the network or devices embedded in everyday objects we all use—mobiles, vehicles, appliances, and more. According to the International Data Corporation (IDC), many companies are eyeing to expand IoT and blockchain to their products. The movement can improve services and sales since blockchain is a public ledger and it has the capability to secure framework and allow global data exchange.

The widespread use and utility of the blockchain technology will allow people from all over the world to discover the benefits of Bitcoin and various crypto. A survey released by the IDC revealed that many investors are willing to pay millions for mass adoption of the blockchain technology. If approved by the global community, governments and businesses can introduce fast and cost-effective systems for the people.

Since cryptocurrencies are almost accepted globally, trading businesses in the form of crypto exchange trades entered the market. By next year, these businesses would gain increased popularity and media exposure and can impact the prices of cryptocurrencies. The same ripple effect brought about by Coinbase and Binance when the hard fork occurred and Bitcoin Cash was introduced might happen again.

Esports adds diversity to the online betting market. This allowed more companies and developers to introduce innovative video gaming services with cryptocurrency tokens. Asian gaming platform Bountie, for example, is planning to launch a new platform where users can receive in-game rewards in cryptocurrencies. The same rewards can be used to purchase games and other merchandise. It’s safe to say that casino developers might follow the movement in the near future.

The trend first started with Ethereum’s Cryptokitties, an app that allows people to breed digital cats using digital coins. Because of this, various app developers saw its potential in creating digital innovations. By 2019, Bitcoin may have its own decentralized application available for both Android and Apple users.

The power of Bitcoin and the blockchain technology can also be used outside the Internet. This year, banking industries and logistics such as Project Silsal and Denmark’s recent efforts shows that the technology can introduce cheap and secure services. This impacted the economic growth several countries, so analysts have predicted that other industries and businesses might fully adopt the same system.

Aside from privately-owned businesses, the blockchain technology has also penetrated different government agencies. Countries with several ministries and departments ruling over people saw the potentials of the public ledger in providing data security. Blockchain became a beacon of hope a world full corrupted by digital crimes.