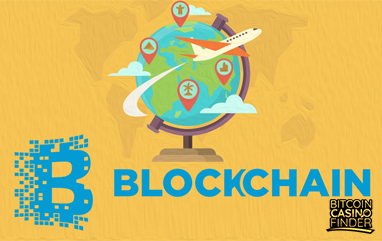 The distributed ledger or better known as the blockchain technology has challenged the status quo of many industries—both private and public. Over the years, it didn’t just function as a medium for cryptocurrency transactions, it also helped nations improve their data protection and security, international trade and logistics, and citizen engagement.

This year, it is clearly evident that many countries have adopted the impact and growth of blockchain and cryptocurrency developments. Despite strict regulatory measures, these small countries emerged successful in incorporating the technology in their visions.

One might think that a country located at the intersection of Europe and Asia will never stand out in terms of technology, but here’s Georgia ranking second in cryptocurrency mining volume. The report was based on the 2017 Global Cryptocurrency Benchmark study from the University of Cambridge Centre for Alternative Finance.

According to the findings, many residents in Georgia began mining from processors in their homes. Some dubbed it as “easy money”. In fact, a Georgian man reportedly made an average of $800 a month from mining cryptocurrency last year, while the estimated electric bill he was required to pay only cost around $80 more per month.

From the same study in Cambridge, China ranked number one in cryptocurrency mining, but another Asian country also made the list. Thailand has also entered the evolving future of the blockchain technology. The government’s postal service, Thailand Post, confirmed last year that they would use it to track parcels carrying expensive and luxury items.

It is no surprise that Malta is included in the list as it is one of the island countries that fully supports blockchain transactions and all types of cryptocurrencies. It is the home to legal trading, open crypto transactions, and friendlier jurisdictions.

Two of Malta’s significant milestones this year were the creation of the Malta Digital Innovation Authority (MDIA) and the decision of Binance cryptocurrency exchange to move its headquarters from Hong Kong to Malta. Maltese Prime Minister Joseph Muscat even welcomed the transitions through a Twitter announcement. Moreover, the recent plans that involves Binance backing the first decentralized bank in Malta can further define the country’s relevance in the cryptocurrency circle.

This country located between Austria and Switzerland is known for its rich culture and representations of modern and contemporary art. Who would have known that it’s also one of the countries where people can easily build cryptocurrency business? According to Forbes, Liechtenstein is “home to more registered businesses than citizens” — including the blockchain technology and cryptocurrencies.

Surprisingly, businesses planning to start in the country are not required to establish a local bank account. All processes can be done by using Bitcoin (BTC) and Ethereum (ETH) instead of fiat currencies.

Similar to Malta, Cyrus is another island country residing in the Mediterranean Sea, south of Turkey. But if Malta fully supports cryptocurrency transactions, Cyprus promotes crypto education. The country carries The University of Nicosia, the largest university in the area and one of the first schools to open programs in blockchain and cryptocurrency.

One of the most popular degree courses in the university is the Masters of Science in Digital Currency. According to the university, the course is meant to “fill an important gap that exists today between the supply of and demand for academic knowledge in the area of digital currency.”