AdBlock Plus Aims To Combat Fake News With Blockchain 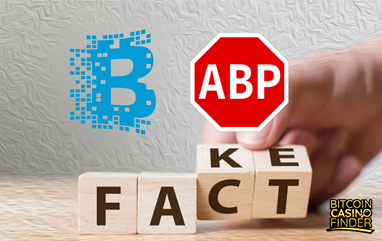 The booming popularity of social media attracted a lot of untrustworthy sources and giant hoaxes. People are now having a hard time identifying what’s real and what’s not since many of these lies are well-crafted. As a response to this ever-growing issue, Adblock Plus developer Eyeo GmbH will employ the blockchain technology in its browser extension Trusted News to detect and combat fake news.

Trusted News is a new browser extension for Google Chrome. It initially showcases the credibility of website contents with the help of Metacert Protocol, while simultaneously uses an anti-fraud URL registry to maintain the database for the project. Now, it will be using the power of Ethereum’s blockchain to mark trustworthy sources.

The beta incorporates an icon to Chrome’s address bar that highlights whether a site is trustworthy or not by following these three states:

Trustworthy —The site is trustworthy because it publishes content “based on facts and/or factual events”.
Untrustworthy — The site or page “knowingly publishes false and/or misleading information”.
Unknown — The site evaluation lacks data.

Additionally, it also uses five additional ratings for sites based on the type of published content:

The ratings are directly based on data from independent fact-checking sources such as Politifact, Snopes, Wikipedia, and Zimdar’s List. Eyeo GmbH makes sure that only organizations without political affiliations but has transparent fact-checkers have been selected to power Trusted News.

Eyeo GmbH revealed that they have plans to launch MetaCert tokens to track rewards and stop the risk of other sources manipulating the data. But before that, Director of Ecosystem Ben Williams, announced that they will first include an option where users can provide feedback on certain ratings and dispute Trusted News if they disagree with certain classifications. He said:

“They can say ‘hey I don’t feel like this site should be listed as biased because whatever’. And we’re going to use that feedback to make the product better. And then the next step is to decouple that from any server, and from any third party, and give it directly to the blockchain. So that feedback can live on its own in that place and so that good feedback can be prized and rewarded among users, and people who are providing bad feedback won’t be. So that is the next step.”