Analysts Predict Bitcoin’s Strong Rally By The End Of 2018 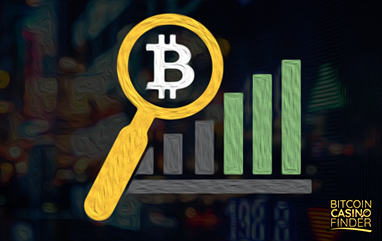 Bitcoin experienced substantial growth over the past few years, although this huge growth was also followed by huge corrections. This 2018, it saw a 69 percent drop despite other cryptocurrencies like Binance Coin (BNB) and EOS only recording smaller deficits. All in all—from August of 2010 to January 2018, Bitcoin expressed 70 to 80 percent losses against the U.S dollar.

Because of the losses recorded, the Bitcoin market matured in terms of price volatility. These ups and downs and years of extreme uncertainty didn’t stop the majority of investors to hold on to their investments and minimize alterations in their positions. This is a sign that the market has built a tolerance to news flows, and supporting this claim is blockchain intelligence platform Chinalysis’ recent statement: “The market seems to have recalibrated after the entry of so many new market participants with different beliefs and expectations than those who held Bitcoin prior to 2017. Neither long-term investors nor new speculators have changed their positions much this summer. This suggests that the market will make a major move, for better or worse, only in response to a fundamental change.”

The maturity of the market was proven after its short-term stability last August 6. 2 months later, it remained in the $6,300 to $6,800 price range. And even more surprising is it rarely beaks the $6,800 price mark while Ripple and Ethereum demonstrated high volatility. Additionally, Bitcoin only dropped nine percent of its market evaluation while Ethereum and Ripple recorded 50 percent market drops—this led XRP, the native currency of Ripple, and ETH, the base currency of Ethereum to also go downhill in the second half of September. Other cryptocurrencies’ security fluctuates rapidly because of this ripple effect, proving that the higher the volatility, the riskier the security. Therefore, it is evident that the low volatility and increase in the stability of Bitcoin allowed the market to become less “sensitive to hype and specific events.”

Going over the list of businesses remaining loyal to Bitcoin despite some major corrections, it was reported that the crypto-market achieved an all-time high at $800 billion throughout 2017. This further strengthened the potential entrance of institutional investors and triggered a new wave of interest to retail traders, individual entrepreneurs, and even encouraged more Bitcoin casinos to fill up the market.

In crypto-friendly Asian countries like South Korea and Japan, the interest and demand towards Bitcoin increased rapidly. In fact, local exchanges saw a shortage in the supply of Bitcoins, leading to the emergence of premiums. In the United States, exchange giants like BitGo and Coinbase were already approved by the government as trusted Bitcoin custodians. Major banks like Citigroup, Goldman Sachs, and Morgan Stanley are now serving customers with crypto-fiat investments. If this trend continues, the price of Bitcoin will likely achieve a 30 percent increase by the end of 2018.

Bitcoin declined in the 1st week of September 2018 when its price went down 3% in just 10 minutes. Entering October, the price is pretty stable and still follows the $6,300 to $6,800 range. See the full list of the cryptocurrency market update below: