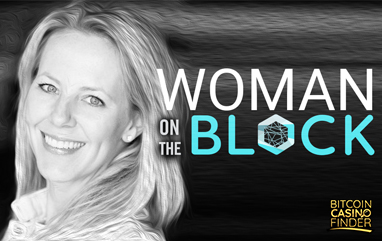 Gender gap is a concern in the tech industry. In the world of blockchain and cryptocurrencies, study shows that 94.73 percent of Bitcoin community engagement and active participation comes from men and only 5.27 percent from women. This may not be alarming today, but it’s still important to eliminate disparities in an emerging economy.

Kathryn Haun served as a federal prosecutor with the United States Department of Justice for ten years, where she focused on fraud, cybercrime, and corporate compliance failures alongside agencies such as the SEC, FBI, and Treasury. At present, Kathryn Haun is also a Coinbase board of director. She garners her experience from both the government and private sectors in teaching courses tackling the importance of technology and regulation.

Interestingly, Haun’s research interests include governance systems for cryptocurrencies, the legal and ethical implications of artificial intelligence and machine learning, the future of fraud, cybersecurity, and how financial technology can make openness and transparency possible. This is why Andreessen Horowitz sees her as a valuable asset. In fact, the company’s co-founder, Ben Horowitz, said: “As I learned more about her career, I was even more impressed. She stood up to murderous motorcycle gangs and cartels, shut down organized crime, nailed RICO murderers, uncovered the largest money laundering and cybercrime rings, and stopped white collar crime and public corruption. Through it all, her prosecutorial record was whatever and 0. She never lost a case. Not once. Not ever.”

ABOUT THE CRYPTO FUND

Andreessen Horowitz created a new crypto-fund that will invest in a range of companies starting blockchain projects and initial coin offerings (ICOs). It will conduct all the cryptocurrency deals coming in and out of the company, with the flexibility to let them make the investments. The company believes that with the crypto fund and Kathryn Haun in the picture, they can solve the emerging problems concerning the increased inflow of entrepreneurs over the past year.