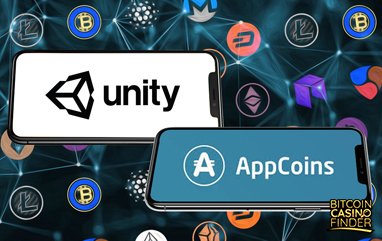 A newly announced partnership in the blockchain ecosystem adds to the growing world of Bitcoin payments, and promises to to change the way gamers make in-app purchases. Appcoins, an Ethereum-based platform that specializes in tokenization, has made a deal with Unity, the world’s leading cross-platform game engine developed by Unity Technologies. The forged union will create a blockchain-based platform that allows gamers to buy mobile applications using cryptocurrency.

AppCoins is a protocol for in-app purchases and it offers an ERC20-compliant token that is mostly compatible with most major e-wallets in the market. With AppCoin’s expertise, developers who will use Unity can accept AppCoins and its tokens as a mode of payment. This could expand both companies’ market of users to more than 200 million.

Additionally, the merger will lessen all blockchain-related problems that were previously experienced by both companies. Developers and users of in-apps powered by cryptocurrency face the presence of intermediaries in the in-app payments market. With a middleman in the picture, developers only get 70 percent of the money spent on apps distributed through Google Play. As a result, end users are forced to pay higher prices. Another is the prevalent issue concerning AD Fraud, a practice some people use to generate revenue through online advertisements like click fraud, conversion fraud, search marketing, and affiliate marketing.

Once the new platform from both companies launches, it will let developers integrate their apps in other app stores other than Google Play with just one Software Development Kit (SDK). In return, they can keep at least 81 percent of their revenue and sell the cryptocurrency-based applications to the public at a fair price. A Proof of Attention (POA) algorithm will also be implemented to prevent AD Fraud. This will monitor the user’s paid attention to an app installed from an app store and will ensure that users will only pay attention to legitimate ads for a certain amount of time.

AppCoins and Unity’s new innovation is certainly beneficial to both cryptocurrency-app developers and users. In here, developers can focus on the Bitcoin casinos and its games as well as other applications in the works instead of writing another set of codes to render the apps and deliver it to multiple platforms. AppCoins and Unity will do the job for them. As for the players, they can purchase the apps at a lower price and can possibly be rewarded for spending time on the game using the mechanism “cost per attention”. These rewards can also make in-app purchases.