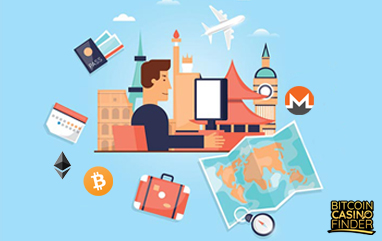 The properties of Bitcoin makes it a unique mode of payment and sets it apart from fiat currencies. It can be used for anonymous transactions, and more than that, it offers a type of financial privacy and security no other financial institution can offer. In fact, it already proved itself useful as exhibited by Bitcoin casino sites. And because of this nature, governments of various nations seek ways on how to trace the circulation of these cryptocurrencies. This can be a nuisance for online gamblers, but there are still ways to remain anonymous and low-profile in countries like the US, Russia, Japan, and beyond.

Russia plans to combine information from exchanges to create profiles on suspects in financial crimes, while Japan is eyeing to collect reports of suspicious transactions on accounts associated with exchanges. These movements can ultimately affect the privacy and anonymity of online bettors residing in the aforementioned countries if one is not careful.

In Japan, the system isn’t likely to have direct contact with exchanges when receiving and sending cryptocurrencies, but even certain users not transacting with exchanges can be traced by the government. The safest way to dodge this is to use privacy-enabling coins like Monero, Zcash, and Dash.

The government of Russia has clear intentions, that’s for certain. Cryptocurrency users don’t need to worry as the said system will only tap into crypto-exchange records. It will not act as a ‘crypto hacking’ technology, leaving most cryptocurrencies in peace. Some experts even claim that it might even have a counterproductive effect.

The US is the most aggressive nation when it comes to tracking down cryptocurrencies. Most notably, the government has developed a system that can extract raw data from fiber-optic cables to identify the IP addresses and IDs of those users sending and receiving Bitcoin. The system, reportedly, can function as it is without having to rely on crypto-exchanges.

These things planned by the US are a big blow to Bitcoin’s privacy. The best way to escape the government’s claws is to stick to VPN packages and other pieces of software related to it. This will help you avoid downloadable software that secretly extracts internet data.

China and India employ more creative ways. It appears that the two countries cooperate with exchanges. In China, there were reports that the Public Information Network Security Supervision (PINSS) agency is monitoring foreign crypto-exchanges that serve Chinese customers to prevent illegal money laundering, pyramid schemes, fraud, and other financial crimes. India, on the other hand, is keeping tabs on cryptocurrency users for tax purposes. The Indian Tax Department sent notices to investors, conducted national surveys, and obtained user data from Indian exchanges.

Both India and China are taking to steps to ensure that crypto isn’t being used for illicit purposes. For cryptocurrency users who still want to remain private and anonymous when gambling, have a background check on the cryptocurrency exchanges before transacting.