The Bank of Thailand Plans To Issue Its Own Cryptocurrency 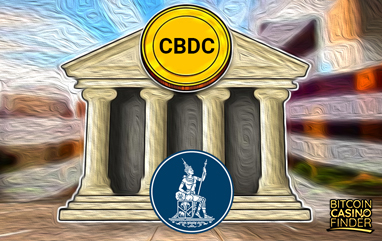 After the introduction of Bitcoin payments, several cryptocurrencies emerged to follow the legacy Satoshi Nakamoto started. New coins were created to support and promote digital transactions without the inclusion of middlemen, banks, governments, and financial institutions. But this time around, there might be an upset to the natural order. The Bank of Thailand (BoT) is considering to create and issue its own cryptocurrency to join the age of innovation. That leads us to the question: can a financial institution put into action the very nature of peer-to-peer electronic exchange?

In a keynote speech delivered to the Nomura Investment Forum in Singapore this week, BoT governor Veerathai Santiprabhob revealed a new project involving the joint forces of the central bank and other Thai banks in the country. The main gist is to develop a new method of conducting interbank settlements using a central bank-issued digital currency (CBDC); in summation, an exclusive cryptocurrency issued by BoT. This new innovation by the banking system would shorten the validation time and cost of all the transactions handled by them “due to less intermediation process needed compared to the current systems.” The firm strongly believes that using a digital currency powered by the blockchain technology might improve their overall production and productivity.

Santiprabhob also noted that the bank is not exactly prioritizing the total use of CBDCs, but would be exploring the potential of the technology: “Like other central banks, our goal is not to immediately bring CBDC into use, but rather to explore its potential and implications for back-office operations. These efforts should pave way for faster and cheaper transaction and validation due to less intermediation process needed compared to the current systems.”

Considering the bank’s views on cryptocurrency, it is safe to say that BoT is a “facilitator of innovation” and a “regulator to safeguard financial stability”. So far, the bank hasn’t set its eye on implementing peer-to-peer electronic transaction yet, but they would surely utilize the blockhain’s applications in select business and financial sectors.

Nevertheless, BoT is still the latest bank to consider the adoption of a CDBC. They followed the steps of Norway’s Norges Bank which also issued a working paper in developing its own cryptocurrency as a way to supplement cash and to guarantee the flow of money in the monetary system.