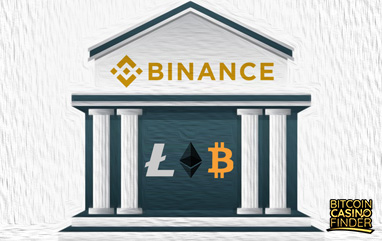 One of the giants in the cryptocurrency exchange market, Binance, is reportedly among the group of investors planning to back-up a blockchain-based bank with tokenized ownership in Malta. The project is part of the firm’s effort to build a bridge connecting the cryptocurrency industry and conventional banking. The company’s vision, beyond everything, is to make Founders Bank as the world’s first decentralized community-owned bank.

Last March, Binance first announced they were relocating the main headquarters to Malta, teasing the bank account set up. The island of Malta was selected as the location since the country is known for its transparent regulatory measures for cryptocurrencies. Hence, Malta-based digital token investors will hold ownership over the blockchain-based bank.

Binance has already given their 5 percent stake in the future “Founders Bank” at a €133 million euro ($155 million) pre-investment valuation. The owners, succeeding their investments, then receives “legally-binding equity tokens” via the blockchain-based equity platform Neufund. However, the firm is still waiting for the acquisition of their license from the European Union state’s government and the European Central Bank to officially operate the business.

After hearing the news about Binance’s plans, Marc Ostwald, world-renown global strategist at ADM Investor Services International in London, commented: “This is fascinating, as a concept. Obviously, they’ll have to meet anti-money-laundering regulators. The question will be, how do regulators view this?”

The answer to that question lies in the new Maltese law surrounding cryptocurrencies. Silvio Schembri, junior minister for financial services, digital economy and innovation within the Office of the Prime Minister of Malta confirmed that despite the position of cryptocurrencies in the market, the government remains honored to be chosen as the location for the first global community-owned bank. Their parliament even approved three distributed ledger technology (DLT) and crypto-related bills to promote the blockchain innovation and encourage blockchain-based businesses to set up in the country.

Further, the equity-token sale for the Founders Bank would be conducted under German regulations in collaboration with one of Europe’s major stock exchanges later this year. It is certain that all regulatory measures for the community bank and its customers will undergo strict processes.