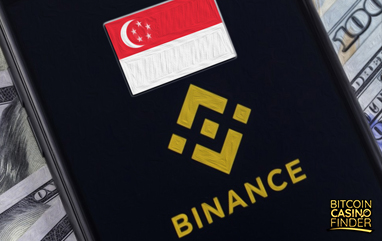 It’s not news that Binance Exchange, the fastest growing and most popular cryptocurrency exchange in China, is in pursuit of expanding the industry around the globe. Not only is the platform well-known by Bitcoin gambling users, the company has plans to open up shop in countries like Uganda, Malta, and Liechtenstein, but their ultimate business focus for this month is Singapore. Binance is set to open a fiat-crypto exchange on September 18th with the initial private beta tasting starting soon.

Binance CEO Changpeng Zhao made the announcement via Twitter by posting: “I just slipped that we will begin #Binance Singapore fiat exchange live money closed beta testing on Sept 18th, in 3 days. Invitation only first. Exciting!” With the attached photo on the post, it is evident that other giant names in the Bitcoin trading industry joined the private meeting. Tagged and mentioned by Justin Chow, Cumberland’s Head of Business Development, all personalities present in the area were Bitcoin billionaire Tyler Winklevoss, Olympic gold medalist and Crypto user Apolo Ohno, and Grecone Inc. CEO Mai Fujimoto.

Other sources expected the private meeting as Zhao first revealed the plans to launch a Singapore-based exchange while delivering a talk at a recent blockchain event hosted by Cumberland, a crypto-assets specializing firm. Binace and other companies involved didn’t specify any further details about the launching and beta test, but the crypto-fiat exchange will most likely support the local Singapore dollar.

Earlier this year, Singapore was ranked as the third most favorable country for Initial Coin Offerings (ICOs) in terms of the number of top global ICO projects imposed. The major cryptocurrency most used by the residents are Bitcoin, Ethereum, Litecoin, Dash, and Bitcoin Cash—and these are mostly supported by major local exchanges like Coinbase, CoinHako, and Paxful. The usual ways Singaporean pay for cryptocurrencies are through Paypal and bank transfers.

Despite the booming industry of cryptocurrency and ICOs in Singapore, the Monetary Authority of Singapore (MAS) has stated that it has no plans to regulate cryptocurrencies. They reminded the public last year that cryptocurrencies are not to be considered as legal tender, not issued by any government, and not backed by any asset. Additionally, they consider the recent surge in the prices of cryptocurrencies to be driven by speculation.