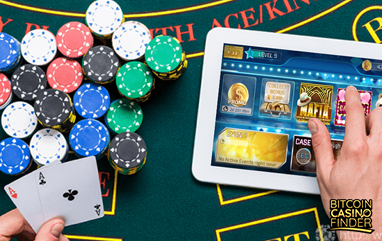 2017 might be the craziest year for the virtual currency, Bitcoin. Not just growing over 2000% from its value a year ago—December 2016 at only $900— but after unexpectedly hitting the $10k mark, it continued its streak of hitting record highs one after the other going up $6,000 in a matter of days to meet north of the $16,650 mark, which is currently its highest recorded value according to Bitstamp. And now, Bitcoin bettors are ready to claim their profits and even begin looking into in-depth Bitcoin guide pages as crypto enters the stock exchange.

The fast growth of Bitcoin’s value made financial experts consider the virtual currency as a ‘store of value’—an investment—rather than a payment method or actual currency. That’s why it made its mark in stock exchanges, after debuting in a major financial institution, CBOE, on December 11, wherein after the high volume and demand of traffic of people wanting to invest in the Bitcoin market—this also led to the crashing of CBOE’s website.

After Bitcoin waltzed into Wall Street, it continues to attract more businesses and investments. Bitcoin will be also offered as a futures market in another stock exchange, CME. Not only that though, but these stock exchanges will act as a layer of protection that can further bring more legitimacy to the Bitcoin name.

For Bitcoin bettors, however, as one of the early adopters in the market, they rode the Bitcoin wave and prospered now. Bitcoin’s anonymous feature and its independence from banking institutions and governments allow easier Bitcoin casino gaming and banking. These players, as long as they held back from withdrawing their winnings, are in for a massive cash out. Had they started from the value of $500 years ago, this pockets them a payday worth over 3,000%.

Continuing to play on top Bitcoin casino sites entitles you to anonymity and fast deposits and withdrawals. But also, cheaper transaction fees—where you can fund your accounts in the most convenient way possible—and the ever-growing price of Bitcoin brings profits closer to you. Bitcoin’s price is predicted to reach $20,000 by the start of 2018, and with all of this happening, the hitting $100,000 is not out of the question.