Bitcoin Finds Stability Above $6,500; Other Crypto Sees Decline In Price 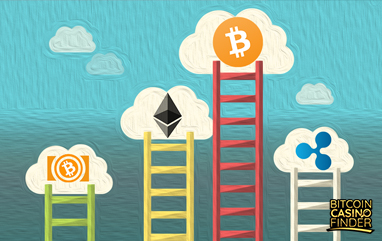 Cryptocurrency markets have experienced fluctuation with a mix of highs and lows in the past few weeks. But, Bitcoin appears to be stable regardless of the changes. The month of August is making several attempts at breaking the $7000 mark, and Bitcoin is starting to find its pace once again..

BITCOIN TRADING PRICE IN THE FUTURE

At press time, Bitcoin is trading at north of $6,500. Prices went up around 2 percent since yesterday. It’s the fruition of a series of failed attempts at breaking past the mark. Hence, for the first week of August, Bitcoin is now up by almost 9 percent.

The continued success of the coin is backed up by Fundstrat, a market strategy and sector research firm. Fundstrat head of research and well-known Bitcoin bull, Tom Lee, used the company’s recently launched Bitcoin Misery Index (BMI) to evaluate the coin’s current market momentum. The result shows that the index determines that any Bitcoin value below 27 signals a positive future return, while 68 is set as a “time to sell” reminder. With the total index of Bitcoin currently at 39, Lee stated: “Bitcoin isn’t broken if it’s holding at these levels. I think people are afraid it is going to go back down to $6,000 and never come back from those bear markets.”

IOTA (MIOTA), meanwhile, has seen an ongoing significant chunk of losses and is down by $0.714883 trading price. It never went up this month, and continuously suffering -8% and above losses. Market analysts reported that IOTA’s performance has been volatile since all its positive market momentum are short-lived.

The total market capitalization of all cryptocurrencies recorded today is around $257 billion. Despite the shrinking trading price of several coins, the market is actually recovering.