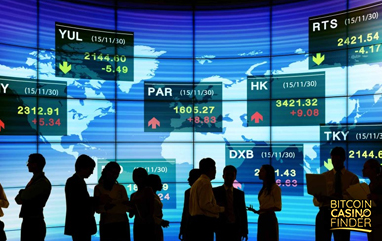 Bitcoin is now offered as a futures contract in two major stock exchanges in the world, the Chicago Board Options Exchange (CBOE) and the Chicago Mercantile Exchange (CME). As weeks have passed by after Bitcoin’s debut on Wall Street, we will see its positive effects work alongside the cryptocurrency.

Let’s learn how a crypto and futures contract works first. For the former, this Bitcoin guide will set you off on the right foot. Meanwhile, futures are contracts of an asset that can be bought or sold at a predetermined price. For example, an investor can speculate if Bitcoin’s value increases in the future and also, another investor can predict if Bitcoin’s value decreases. The profits go to whichever investor correctly predicts the direction of the price movement.

The advantages of Bitcoin futures contract on Bitcoin

The question mostly asked by the Bitcoin community is if the new stocks of Bitcoin futures contracts will push the cryptocurrency’s price. And yes, these are the factors that may have a bearing on its price movements.

Being entered into a stock exchange—a regulated market—proves that an asset is legitimate. Many were skeptical about investing in Bitcoin because of its decentralized nature, not having a face of an institution, and lack of regulation. But as Bitcoin entered two major stock exchanges, it gives the people confidence and trust to invest in Bitcoin.

Also, the media is very sensitive to Bitcoin. But as soon as news about known investors cashes in on Bitcoin, it can gravitate towards reputable and experiences investors. This draws more cash flow into the market, enabling easier Bitcoin trading and at the same time positively affects its price.

Without going into specific statistics, the entrance of Bitcoin into stock exchanges caused a huge streak for Bitcoin’s price. We opened the month of December with the $10k milestone and as soon as news about stock exchanges starting to offer Bitcoin futures contract hit the internet, it has caused an unbelievable price increase and Bitcoin was able to knock a price hike that hit $16k the day before its debut on the stock exchanges. This shows how it affected the price confidently.

Other positive effects on Bitcoin is the possible price stability and removing its volatility. The predictions will need to be more accurate and that leads to better value speculations. Also, stocks always tend to be more stable and this causes Bitcoin’s price to be level. After becoming a stable asset, Bitcoin will be an efficient payment medium and investment vehicle trusted to complete our regular purchases.

The future’s bright for Bitcoin. True enough that the futures have only begun trading and we won’t know how its long-term effects on the cryptocurrency. But one thing is sure, that the Bitcoin futures market opens doors for more widespread usage, confidence in Bitcoin, stable price, and a viable payment medium for various uses.