Bitcoin Gaming In China: How Is It Looking Right Now? 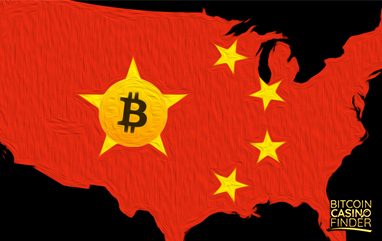 A far cry from other countries that banned the use of the digital currency, China, the Asian economic powerhouse, offers a promising future for Bitcoin and cryptocurrency gaming in general to prosper in the region. This is what cryptocurrency expert and BlockDraw founder Darin Oliver revealed in the press recently.

Oliver predicts that the cryptocurrency market and the online casino industry can impact China positively—even quicker and larger than expected. To elaborate, he fully stated: “from a business standpoint, there’s no question that Asia is a massive growth region for online gaming. One of the ways to understand growth in gaming is to look at internet penetration rates. Countries that have rapidly growing internet penetration rates tend to have high acceptance of new online gamblers…Russia, for example, is expected to add 20 million internet users in the next five years. Ukraine will add 5 to 10 million. But China is estimated at 120 million—that’s the size of a large country.”

Aside from the internet penetration rates, it’s worth noting, according to Oliver, that the current biggest crypto markets in the world are Eastern Europe, Asia, and China. All these regions nearly have the same market strategies associated with gaming, but China has stricter policies against it.

Macau, which can now be referred to as the Las Vegas of China, even outperformed the real Las Vegas in 2013 after generating $45.2 billion revenue. The rich figures of China’s local gaming scene are already impressive, but most reports showed that the country can still add billions of US dollars if it gains control over some betting sites that the government viewed as illegal. Regardless, the skyrocketing revenue generated from land-based and online gaming will surely give way to the Bitcoin casino market in China.

China is a haven for blockchain-based casinos, but the latest protocols for online gaming in the country have been largely misunderstood. Just recently, Chinese authorities stopped approving new casino games, and it was reported that the new rule will last for another four to six months. In response to that, Oliver asserts: “The idea that they can block crypto is nonsense. These countries already have problems with their currencies—every country in Eastern Europe struggles to have faith in their currency and the same rings true of the Chinese.”

If Oliver turns out right, the Bitcoin casino market definitely has a future in China. The center of cryptocurrency technology will enable the gaming industry in the country to reach new heights without being categorized as illegal.