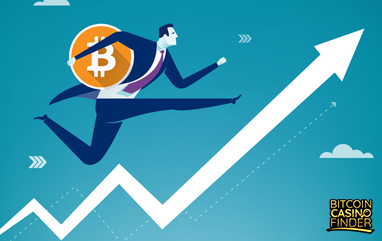 The first and leading cryptocurrency today continues to dominate the trading market. After a steady increase in volume last week, Bitcoin now rallies beyond $8,000 price point. Compared to other alts that consistently sliding into a negative trajectory, Bitcoin’s solid trajectory last July 16 and 17 sustained a positive momentum.

The swift rise in the price of Bitcoin, according to market analysts, is linked to a sequence of positive recognition from regulators and media bodies that have also affected investors’ confidence. Two significant examples are the pro-crypto regulatory measurements from South Korea and the growth of Bitcoin futures volume paired with a large amount of institutional capital into the crypto ecosystem.

The “Bitcoin dominance rate” that attracts new investors is nearly 47% as market participants acquire coins ahead of time. Adding to this was a statement from the Financial Stability Board that says Bitcoin and other cryptocurrencies are not harmful to the global financial system—in fact, the regulatory outlook for the cryptocurrency market appears to be highly positive and can give way to major financial institutions.

In other news, Ethereum and Litecoin are up by 1.2 percent and 3.5 percent respectively. At press time, Ethereum is trading around $468 while Litecoin is around $87.

Positive sentiments and predictions from investors and faces with big names in the financial industry also affected the rise of Bitcoin’s price. Some of them are market analysts and global advisors bearing big names in the industry.

Posting on Twitter, Mati Greenspan, Senior Market Analyst at eToro social trading platform, expressed his optimism for the future and current market price of Bitcoin: “We might just be on the cusp of the largest bitcoin bull run in history.”

Fundstrat Global Advisors Co-founder, Tom Lee, stated in an interview with “Squawk on the Street” that he believes Bitcoin’s current trading price can go around twice its mining cost. He stated, “Bitcoin has historically traded at 2.5 times its mining costs. The reason bitcoin looks really good here is the cost of mining around $7,000 fully loaded. And the difficulty is rising. So by the end of the year, it’s going to be $9,000.”