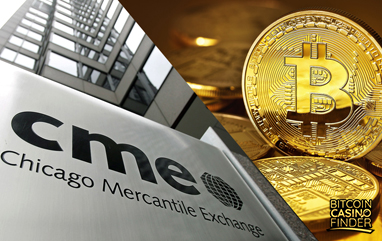 The CME Group opened its lines for Bitcoin Futures Trading at 6 PM, EST and the price began trading at $18,800. But, CME went negative during its early trades–a huge difference from the 19 percent growth when Bitcoin entered the CBOE Futures Trading a week ago.

According to CNBC, a financial media publication, that CBOE and CME exchanges have different futures trading to offer. The CBOE represents 1 BTC and the CME represents 5 BTC. Also, the CBOE bases its daily price from Gemini,  while CME uses its own reference rate that also keeps track of different cryptocurrency exchanges.

The CBOE’s Bitcoin futures market debut had a relatively better first week of trading, albeit the website crash was caused by high demand, but the volume was on the lighter side and its popular contract that was traded, a January expiration, traded around $18,000 during the first week.

Stock market traders predicted that the CME Bitcoin Futures launch would be similar to the CBOE’s launch in terms of demand and volume. It was stated that more institutions traded on the CME market compared to only one investor or person.

Although Bitcoin entered two stock markets, its price still remains volatile. It did reach the $18k and $19k mark and it flirted with another milestone, which is $20k. However, the highest its price went was up to $19,187, according to Bitstamp.

CME and CBOE are not the only stock markets that will offer Bitcoin Futures trading. As both stock exchanges opened their market a week from each other, Nasdaq and Cantor Fitzgerald are also planning their own Bitcoin Futures market.

Most analysts predict the entrance of Bitcoin in stock exchanges as a sign towards establishing Bitcoin as a legitimate payment method and an asset. The markets allow investors to get into the Bitcoin trend and could open up the possibility of mainstream usage.