Bitcoin Finds Its Rhythm At $11k 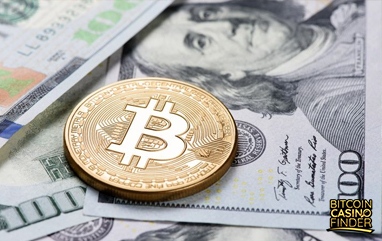 A few days after hitting Bitcoin’s all-time high just above $11,100, the cryptocurrency surged stopped and pulled back around $8,000. Now, Bitcoin seems to be stable north of the $11,000 mark as the weekend came to pass.

Bitcoin reached its new record high of $11,729, according to Bitcoin price chart Bitcointicker. The virtual currency’s surge seems to be in its best position to continue increasing and rallying upward to new record-highs. Clearly, this only means good things for the cryptocurrency, its users, and the future of payments. More individuals begin to investigate Bitcoin guide pages for a better look at what the new digital payment medium is capable of.

$12,000 is within Bitcoin’s reach. The cryptocurrency is tagged to be the sixth most valuable circulating ‘currency’ in the world. Most analysts predict Bitcoin to exceed the $12k value this December. The push is believed to be caused by the hedge funds attracting more investors, and for as long as the money flows in the market, the market cap of Bitcoin will continue to rise. Bitcoin has a valued $165 billion market cap. The US is now the largest Bitcoin exchange market–after surpassing the Japanese market recently. As the demand for Bitcoin grows, expect more businesses to embrace the digital payment system and for Bitcoin to grow over the coming weeks.

As the US Commodity Future Trading Commission (CFTC) will allow traders to predict the price of an asset–or Bitcoin in this case–without the need to own the asset first, a new platform for trading has been opened. Traders will only earn profits once they correctly speculate the asset’s value. The CME Bitcoin future launches on December 18. This new trading is believed to be the cause of the surge that happened the past month–with an $8k increase over the past three months.

Despite the heights that Bitcoin has reached–especially this 2017 where it grew over 1000%–several CEOs and investors are still not getting the Bitcoin hype. Investment banking, Goldman Sachs CEO, Lloyd Blankfein in an interview with Bloomfield, has claimed that the ‘high volatility’ is not appealing because Bitcoin has a tendency to drop or increase 20% in a day. Blankfein adds, ‘it doesn’t feel like a currency, doesn’t feel like a store of value.’ In addition, investor, Carl Icahn is also not getting the Bitcoin hype, claiming that Bitcoin is a bubble. Icahn claims that he does not understand and ‘get [Bitcoin] it.’ He also stated that he stays out of things he does not understand.

Regardless, Bitcoin’s future is locked and ready to go with new ways to scale the virtual currency. As the increase in Bitcoin hedge funds grows, more countries adopting cryptocurrencies, and the new Bitcoin future exchanges will all lead Bitcoin to reach uncharted heights.

How does this affect the Bitcoin casino industry? If you do the math, you’ll find out that the advantages of anonymous payments, quick processing, and profit-making opportunities are a huge plus for the industry. Hence, expect more players in the gambling aspect of Bitcoin as well.