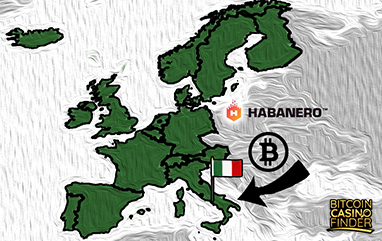 HABANERO TO EXPAND IN WESTERN EUROPE

One of Bitcoin gambling’s leading gaming suppliers, Habanero, is keen on expanding its competitive integrated solution in Western Europe, adding to the growing list of interactive poker and casino games online. As a sought-after supplier in Asia and South Africa, the fiat and Bitcoin casino software providers aim to reach new heights with the expansion.

The exciting news was announced at the ICE Totally Gaming 2018, the only business-to-business gaming event that brings together the online and offline gaming sectors. And since Habanero is returning for the 3rd time this year, the supplier showcased its full portfolio of HTML5 contents with video slots, table games, video poker; and a number of upcoming titles.

FIRST ON THE MAP

“We have progressed our global reach significantly in recent months and are delighted to have all of our most recent games certified in Italy. Habanero is entering an exciting phase of its growth, with expansion across Western Europe one of our core priorities as we lead into 2018,” said Arcangelo Lonoce, the new local Head of Business Development, as he shares the confirmation of Habanero penetrating the Italian iGaming market.

Last January, 33 of its games were marked certified by the Administration of State Monopolies (AAMS), Italy’s iGaming regulator. Lonoce promised to announce a set of new deals in the coming months while also meeting with other European operators regarding the products and services they can offer.

Later this year, Habanero will launch new and exciting games for online casino lovers in Italy. One of this anticipated releases is the Koi Gate Slot, a five-reel, three-row, fixed 18-line game based on a Chinese legend in which a Koi fish swims upstream to reach a waterfall at the end of the river. Another is the Bird of Thunder, a game that follows the Native American lore of a mystical eagle and uses ethnic symbology in numerous combinations to deliver winnings of over 30 fixed paylines. Last but definitely not the least is the newly-released, festive-fiesta themed 5 Mariachis that features well-known Mexican symbols such as chili peppers, cacti, and guitarrons.

Most games cater to different countries and culture, but Habanero made sure that the games’ vivid art and sound effects will appeal to the Western and European markets. The supplier also made sure that all titles would be compatible with Italian’s mobile devices.