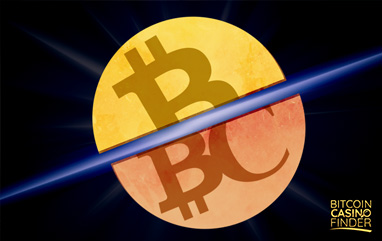 Bitcoin has been the talk of the town lately. In this last couple of months, it had already undergone two splits, which created other Bitcoin descendants in the form of Bitcoin Cash and Bitcoin Gold. But this hard fork seemed to draw more attention from its opposers. The SegWit supporters–which is a minority in the community–believe that Bitcoin was created as an efficient payment method, for example, buying a cup of coffee on your way to work with Bitcoin. But the majority of the community believes that Bitcoin is an investment and keeps their virtual coins in storage rather than using it for everyday payment needs. Along with this, the opposition was threatened because of suspicion that SegWit was a corporate take over rather than scaling Bitcoin.

Litecoin creator and vocal opposer to SegWit Charlie Lee was comforted with the hard fork’s cancellation and tweeted, “Segwit2x hard fork has been called off! Common sense prevails. Let’s now work together towards scaling safely. We may need something like a 2x hard fork in the future, but let’s do it when there’s consensus and not rushed.” Lee was also part of the group who started social media protests that placed the tag “NO2X” in their display names, which is a movement against the Bitcoin split.

The protest reached an extreme point. The Bitcoin community was filled with trolls and hate, confronting endless debates on Reddit and Twitter, and even death threats. That’s why even some of the split supporters were delighted that it ended. “We’re relieved. The goal of the NYA was to bring the community together and keep the majority of the users on the same chain for at least a little while longer,” Peter Smith, CEO of Blockchain.

On the other hand, the SegWit2x antagonists support the idea of scaling Bitcoin. It does make sense to increase the block size, but they want the agreement and support of everyone in the community first. “We are big fans of increasing the block size, as our customer really get impacted by the fees, but we want to see it done in a responsible way that brings the entire community together, and takes into account more voices,” CEO of Coins.ph Ron Hose said.

If Bitcoin will be the future of currency, it does need to scale to accommodate its future users. Although, what is the proper way to scale Bitcoin?