Bitcoin Disproves Opposition: Pierces Through $12k To $16k In 48 Hours 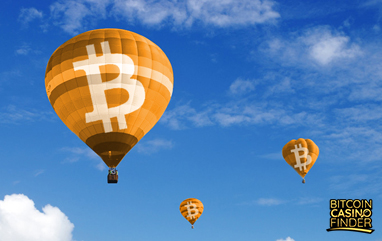 Bitcoin grew over $4,000 within 24 hours and hits 3 new all-time highs of $12k, $13k, all the way to $16k, according to cryptocurrency exchange, Bitcointicker. Bitcoin’s price remains stable at around $16,500–which is its highest recorded price. Notably, this growth escalated Bitcoin’s market above $200 billion which also marked its record high overall. For those of you who are still trying to find answers to the “What is Bitcoin?” question, this might just be the answer you’re looking for.

Bitcoin hinted the new record after hitting closing down $11,900. Predictors and market spectators confidently claimed that the cryptocurrency will reach another all-time high soon. But the narrative for Bitcoin, even though it receives major criticism that it is a “bubble”—even linking it similarly to the dot-com bubble incident—the cryptocurrency still breaks through and continues to reach heights that were once part of the market’s dreams. There has to be an explanation for that, of course.

One of the simplest contributing factors to Bitcoin’s monumental price hikes since November leads to Bitcoin future markets across major financial exchanges. The Chicago Board Options Exchange (CBOE) will open the doors to markets this weekend, and the CME Group will follow suit one week after. More continue to follow the trend as Nasdaq and JP Morgan revealed their interest in opening Bitcoin future markets for their institutions. These institutions are the driving force of Bitcoin, how it can affect demand for the cryptocurrency, and at the same time reach mainstream consumers with hopes of regulations that complement the technology.

Furthermore, reports about the negative reactions on the entry of Bitcoin future markets surface as it can lead to a denser market, which some think can hurt Bitcoin in the long run. These speculators believe that this might have a different effect on Bitcoin. But of course, there are those pleased by the ‘Wall Street Entry’ as they believe this is the push that Bitcoin needs to gain closer mainstream adoption. Let’s celebrate that performance with a standing ovation because Bitcoin grew over 40 percent just this month alone, and 2017 isn’t even over.

These Bitcoin future markets can spearhead the cryptocurrency to new heights we’re about to see. And you don’t have to worry about cashing out just yet, as Bitcoin’s price is set to ascend even higher. Keep on playing slots or any of your favorite Bitcoin casino games, rack up more wins, and let the prices help your bankrolls grow tremendously.