On The Day Of The Dead: Bitcoin Value Rises 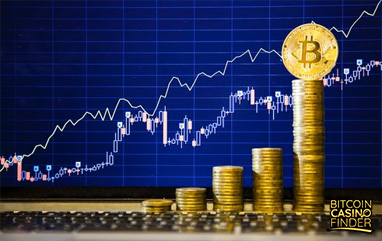 Bitcoin opened the month of November with a new record-high of $6,922.90 according to CoinDesk’s Bitcoin Price Index. Ironically, the first day of November is also The Day of the Dead for our fellow crypto patrons who celebrate the day to bring remembrance to their beloved friends and family members who have passed away. But the value of Bitcoin didn’t give any doubt that it is a bubble that would ‘pop’ and die out at any time. When in fact, its value stretched to another high that surpassed the $7,000 mark in a matter of hours. If you’re still unaware of crypto and its benefits, this Bitcoin guide will get you started right.

Going back to the end of 2016 when early Bitcoin investors got their money’s worth with the 2016-end-of-year value of $948. That is more than a 600 percent increase from the previous year. That being said, as Bitcoin breaks its record-highs on a monthly basis, what causes this sudden price surge?

The price surge is believed to keep rising because of growing adaptation together with the fact that cryptocurrencies are tapping into different markets from everyday users, investments, all the way to online betting. Also, to date, there are 55 cryptocurrency hedge funds officially listed. These all go to show that there is a heavy interest in Bitcoin in a market cap worth over $166 billion. Currently, there are more than 16 million bitcoins in circulation and is only limited to 21 million. Once all bitcoins are put in circulation, can you imagine its price by then?

Amidst the struggles Bitcoin faced this year, the digital currency proved it can still dominate the market. Some called Bitcoin a fraud while others praised it and coined it the “next big thing.” Among the struggles too were, China banning the use of Bitcoin in their country and on the other hand, Russia and Japan welcomed the use of it in their country. Bitcoin faced adversities but it continues to go up in value. Now we’re on the big push for the $ 8,000 mark.