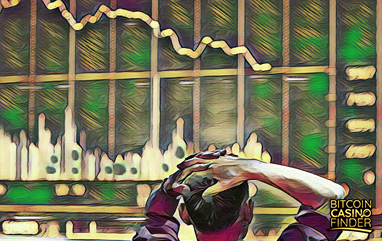 Bitcoin ended 2017 with an exceptional performance after it’s price reached just shy of $20,000. But, it opened the year 2018 with a dismal start when it declined as low as $9,000 in the middle of January. As of this writing and based on the last days of January, Bitcoin’s price played between $10,000 and $11,000. Have you ever thought of the cause of this downward spiral? Apparently, according to experts, the Lunar New Year is to blame for this decline.

To be clear, this isn’t a jab to the Chinese holiday. As you know, the Chinese population are one of the world’s heaviest Bitcoin investors, and the Chinese New Year is a time where people splurge their money on traveling and buying presents. This is similar to the Christmas holiday during December for the Western tradition.

Rightfully so, the January drop has been consistent among cryptocurrencies over the years as the people celebrating the holiday exchange their Bitcoin to fiat currencies. Like last year, Bitcoin’s price declined at the beginning of 2017 after it peaked at $1,162, but hit a$752 low and a similar pattern followed during the previous years.

In hindsight, the Chinese New Year takes place on February 16. However, just the Christmas season, we buy the gifts and prepare for the weeks or even months before. So, the same applies to the Chinese New Year. If you think about it, after the 2017 hike of Bitcoin, the early adopters earned their profits, and they would exchange these to fiat to spend before the coming holidays.

Get Through The January Pattern

For now, we would have to wait for the coming weeks, after the Lunar New Year, for Bitcoin’s price to stabilize once more. Bitcoin continues its high impact on the market while maintaining its remarkable $10 billion stock value even when the prices drop. Hopes are still high for the cryptocurrency, and its momentum could easily double the price once again in the coming months. We would just have to get past this January pattern and wait for Bitcoin to boom once again.