Bitcoin’s Peaks And Trends After 10 Years 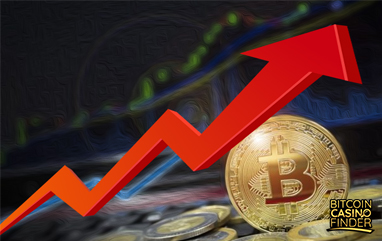 January highlights the 10th anniversary of the very first Bitcoin transaction. On the 12th day of the month, Satoshi Nakamoto, the coin’s mysterious creator, sent 10 Bitcoins to Hal Finney, a software engineer in the United States. Initially, the coins did not hold any value, and it took Bitcoin more than two years to finally secure a place in the mainstream market.

Fast forward to today, Bitcoin is now a payment method accepted across multiple industries. It’s no longer a concept as people  begin to consider it as a functioning payment medium. Despite its existence in a global market that currently faces a financial crisis, the virtual coin is still well-accepted by online businesses. But how did Bitcoin manage to achieve its current status today, and what were its highest and lowest peaks since 2009?

For different reasons, the use of crypto captured the attention of the media in 2017. The value of Bitcoin and altcoins in 2017 started at $1,000, but soared high after the positive public attention it garnered. In the middle of December, Bitcoin hit $19,535. The global Bitcoin market then reached a value of about $327 billion—50% of the overall cryptocurrency market cap.

Unfortunately, Bitcoin entered 2018 with a negative trajectory. Prices collapsed and concluded the year at $3,829—about 80 percent of its peak. The rapid shift in its price made it even harder for market analysts to find the fundamental flaw in its market volatility.

Bitcoin’s 2017 and 2018 run highlighted some of its highest and lowest peaks in 10 years. The years demonstrated that Bitcoin still has a hard time as a difficult time coping with price stability but can smoothly function as a digital asset. With that, analysts then concluded that “2017 is a speculative bubble, and 2018 is the bust”. However, the future of Bitcoin remains bright in the eyes of many as positive trends also begin to materialize.

It is true that Bitcoin is volatile and is prone to fluctuation, but businesses—especially retailers, still profit off the crypto’s unique functions. In fact, there are many exchanges and goods and services providers that continue to accept Bitcoin payments. Further, financial institutions constantly formulate ways to establish trading platforms that can make Bitcoin trading possible. So notwithstanding the bust and the bubble, it is worth mentioning that Bitcoin already cemented a permanent legacy in the global marketplace after its 10-year run.