Bitcoin Remains The Best Payment Method To Use In Online Gambling 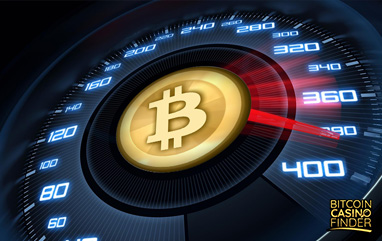 The highest-valued cryptocurrency reached another all-time high price of $8,095 according to currency market chart, WorldCoinIndex. Bitcoin has seen a remarkable growth after reaching a low of $6,066 just last week. This amicable rise is believed to be caused by the cancellation of a controversial hard fork, SegWit2x–causing more trade volumes in the industry.

Bitcoin reached prices of $6,000 to $8,000 in the beginning of November 2017, urging more and more users to explore Bitcoin guide content. This means that every week of the month, the cryptocurrency’s price went up $1,000. Bitcoin entered the last days of October with a price of $6,137. This continued a streak and eventually reached the $7,286 mark on November 3rd. But then, prices proved to be more volatile because, on November 11, the price went back to $6,000. Lastly, on the week of the supposed Bitcoin fork, the price continued its high trend to reach the $8,000 mark. All prices were based on WorldCoinIndex.

We are nearing the 17 million Bitcoin in circulation and mining has been harder according to reports in blockchain upgrades. These reports mostly focused on the need for more expensive higher required hardware to maintain profitable mining efforts. That is why we see a slight division within the community. Some tagged Bitcoin as an investment–similar to gold, to be kept for safekeeping–but the hard fork enthusiasts want to promote Bitcoin as an efficient payment method with fast and cheap transactions.

Bitcoin’s value in the iGaming industry

Bitcoin is still the proven solution for online gaming. Especially its anonymity, this function hides your identity from banks and governments or even the Bitcoin casino you’re playing on. When using Bitcoin as a payment method, it requires fewer confirmations from the casino than using fiat currencies which is enabled by Bitcoin’s anonymous gaming and banking. Amidst of the Bitcoin split, online gambling enthusiasts can still rely on the blockchain for its fast and safe transactions together with the generous Bitcoin casino bonus offers. This division of the community ended when the SegWit2x proponents ended their campaign for the hard fork. For now, they are looking for better ways to scale Bitcoin that receives approval from the majority of the community. However, amidst all this, Bitcoin remains solid in the iGaming industry thanks to its unique properties.