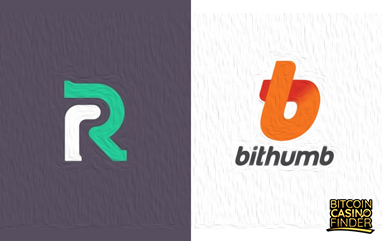 South Korea’s sixth largest cryptocurrency exchange by daily trade, Bithumb, is the newest company to open an international decentralized crypto exchange. The project will proceed as part of Bithumb’s partnership with blockchain firm One Root Network (RNT) and will go under the name “Bithumb Decentralized Exchange (DEX).” This is not only good news crypto’s accessibility, it also opens more doors to various markets to gain recognition, one being Bitcoin casino sites and the like.

The partnership of the two decentralized firms has developed an Ethereum (ETH)-based decentralized token transaction protocol known as “R1” which already operates under the DEX. On this decentralized exchange, both firms will generate profit margins from trading as all the trades require fees. But users will be delighted to know that DEX separates order matching and order execution, a far more efficient way to processes transactions than other decentralized protocols. DEX can provide users with stronger security, higher matching efficiency, and better experience.

The mission of Bithumb DEX is to introduce cryptocurrency to the global economy. But in the meantime, it will operate through an overseas subsidiary that surpassing the bounds of South Korea. Both companies have a mid-term plan on the move to help with the expansion of a user base. The complete and final projected deployment of the exchange will come within the next few months. Supporting this claim is the press release published by both parties: “Bithumb is one of the leading global exchanges in terms of transactions but it is true that most of its users are Korean. The latest decision seems to be the company’s strategy to compete with other leading exchanges in the global market by opening a decentralized exchange that receives attention in the global market.”

APPEAL TO INVESTORS AND COMPETITORS

Bithumb’s major competitor is Binance. Both of the firms have impressive profit margins and solid reputations in the industry, but Bithumb has the main advantage of releasing fresh products and getting involved with the local investors. Evidently, there are many investors that have little to no knowledge about navigating the decentralized network of cryptocurrencies because the blockchain technology is a complex and sensitive market. By investing in a DEX, it will allow investors to have a wider understanding of the business than they would with a standard crypto exchange.