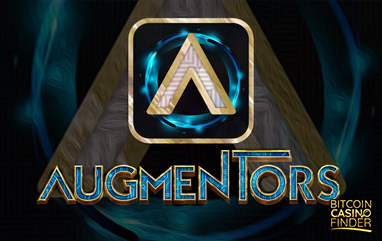 Reality game Augmentors is now available on Apple devices. Originally launched in South Africa–where it was developed–the game now reaches a bigger audience as it becomes available for a new platform. This is the first-time a decentralized, blockchain-based mobile application caught the attention of one of the largest tech companies in the world.

The game brings a new dimension to mobile gaming as it allows users to use the blockchain technology and augmented reality at the same time.  The game co-founders, Kyle Haffenden and Michael Deon, crafted the game from the idea of selling packs of cards with images printed on them.

Not only are blockchain-powered games relevant in the world of Bitcoin gambling. With the presence of Augmentors, it’s obvious that the blockchain is something that can gel with other elements as well, and Augmentors is a perfect example of the technology’s potential.

The game is currently available for free on the App Store. The company will make a profit out of selling card packs based on the game. The virtual currency used on the game is called Emeralds, a linked to cryptocurrency Databits (DTB). At press time, it is the 644th largest cryptocurrency in terms of market capitalization. It boasts off a $1.34 million and a price of $0.066.

Owners of the cryptocurrency can use Databits to purchase creatures, relics, and skins available on the platform. The coins can be traded on Bittrex to purchase other cryptocurrencies or convert it to fiat currencies. Players can also auction their characters off since each act as a token on the public ledger. If the characters are strong enough and hold a good record, they can be sold or traded with cash.

Augmentors is a multiplayer creature-combat game. It has collectible card games and deck-building mechanics—all of which uses a freemium model. Each battle grants players rewards and in-game currencies that can be used on upgrades. The rewards are granted in packs or “portals” that contain ability cards and single-use relics. To put it simply, you can collect, battle, train, and sell the fantastical creatures.

Each character is called “Augmentor” and it has two unique abilities: to attack and to defend. Additional abilities depend on your preferences. You can have another nine abilities to build a “deck”, but your hand has four abilities randomly selected by the system. If you’ve granted or chosen an ability that you already have, the building blocks will be duplicated and your Augmentor’s ability is upgraded.