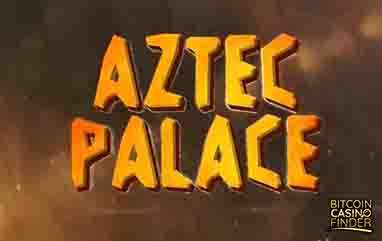 Leading B2B content provider Booming Games aims to create world-class AAA Games. Triple-A gaming content is classified by the industry as games with a massive budget and large studios. Think of them as high-end products developed by high-end developers. But regardless of this notion, Booming Games latest release, Aztec Palace slot, proves that Triple-A Games can be accessible to all sorts of online casino players.

Shane Cotter, Director of Product at Booming Games, gave players and fans a hint of what’s in store for them after the release of Aztec Palace: “With every release, Booming Games is becoming increasingly important as a provider. This again is demonstrated with the quality of Aztec Palace, and the up and coming Colossal Fruit Smash.”

Aztec Palace is a fiat and Bitcoin slots game that boasts high-quality, and it welcomes players with wild graphics and animation. The theme follows the mysterious world of ancient Aztec civilization in the 15th to early 16th centuries. It has been gone for centuries, but it seems like nobody is ready to forget about Aztec’s rich culture and art—particularly Booming Games.

The slot’s group of symbols heavily centers around the theme. Here, you can make winning combinations with dragon masks, human skeletons, Aztec statues, golden coins, golden shields, and the standard 10, A, J, Q, K card suites in a wooden format. The highest-paying symbols are the ‘Wild’ texts carved on stone blocks. It can replace all regular symbols except the golden shields.

Aztec Palace has five reels, three rows, and 20 active paylines. The game is playable at $0.20 per spin, but high rollers can play it at $400 per spin across all devices.

Since the Ancient Aztec civilization has a rich culture, Aztec Palace is also rich in bonus features. These are some of the highest-paying combos players can trigger:

Bonus Games – bonus symbols not included in the regular group will appear randomly. Once on the reel, it can give you access to bonus games.

Bursting Wilds – these symbols will appear randomly on the wheel to transform up to 8 regular symbols in the area.

Free Spins – when the scatter symbols appeared several times on the reels, you’ll get 10 free spins in a single round.