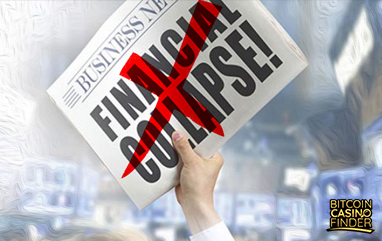 The blockchain technology is clearly growing in importance, especially for businesses. It continuously evolves, and the succeeding years see cryptocurrencies joining the phenomenon. The probable cause of this is the idea that a financial crisis would and could have been avoided if we move away from centralized financial institutions. This is what many financial analysts and visionaries claim: we could save the world from the next Great Depression if we widely implement blockchain or the distributed ledger technology (DLT) in the near future.

TRUST AS A VITAL RESOURCE

Many people still don’t trust the blockchain, or all cryptocurrencies for that matter. But this tug of war can be avoided if people only trust what’s in store for the blockchain in the future. According to fintech journalists Michael Casey and Paul Vigna, “the blockchain skeptics have crowed gleefully as crypto-token prices have tumbled from last year’s dizzying highs, but they make the same mistake as the crypto fanboys they mock: they conflate price with inherent value. We can’t yet predict what the blue-chip industries built on blockchain technology will be, but we are confident that they will exist, because the technology itself is all about creating one priceless asset: trust.”

Unlike centralized financial institutions, the blockchain and cryptocurrencies only support the owner and nothing more. You’re the sole holder of your digital assets and despite the volatility and liquidity of cryptocurrencies, you can still trust that the ledger secures it for you as long as you need.

Our way out of the global financial crisis lies in the blockchain’s capabilities. It seems certain that the causes of The Great Depression are the lack of transparency and customer’s contentment in public and private banks. We can avoid this if we maintain financial security via increased transparency of capital flows through the blockchain. In this way, central banks and other financial bodies will no longer have to resort to individual banks to regulate their operations. Additionally, they would no longer have to oversee the health of the bank and the investments carrying it. With the blockchain, they’ll have a bird’s eye view of capital flows.

LIMITATIONS OF THE IMPLEMENTATION

Trust, transparency, and overseeing capital flows are all achievable through a global adoption of the blockchain technology. But this is only possible if all banking sectors are willing to participate, along with financial regulatory bodies and individual customers. All and one must interact on a shared distributed ledger. Financial firms globally should be driven by an effort to build a solid distributed ledger platform.