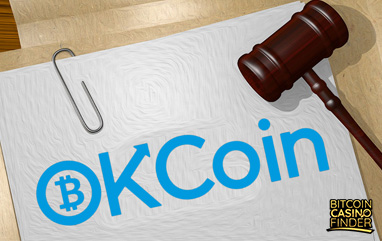 A Chinese cryptocurrency investor has filed charges against global Bitcoin exchange OKCoin for allegedly blocking him from accessing his Bitcoin Cash (BCH) after the hard fork. The process took effect on August 2017, and the available balance left on his account after the coin’s launch was at least 38.748 BCH or around $23,000 dollars at press time.

OKCoin dismissed the charges filed against them, defending that they prevented the investor access to his Bitcoin Cash because he failed to claim the coins within the authorized deadline. The program for the hard fork exchange has already expired long before the investor submitted a claim to extract his Bitcoin Cash, making it impossible to retrieve the coins.

In his defense, the investor, who goes by the pseudonym Feng Bin, claimed that he wasn’t notified of the timeline. Instead, when he contacted the local Chinese exchange branch of OKCoin, he was informed that the “claim button” was part of a program that involuntary carried out the execution of Bitcoin Cash to one’s account, so there was actually no button to perform the extraction. Bin reportedly said: “I have been paying attention to the announcement of the OKCoin currency release. In all the announcements, there is no declaration of the deadline for receipt and the removal of the program.”

As the dispute still stands, Bin is currently asking for a financial compensation, along with the accumulated profits he lost as a result of his inability to sell Bitcoin Cash at its highest trading price. He is seeking for approximately 170,000 Yuan or $24,800 dollars.

BITCOIN CASH AS A HARD FORK

To further explain the dispute, one must know what happens to cryptocurrencies when split into two on an exchange’s hot wallet. Bitcoin Cash, as a hard fork, changes Bitcoin’s protocol and requires all holders to upgrade to the latest version. The new coin—which is Bitcoin Cash— has upgraded, separated blocks with a new set of rules for transactions. As a result, the users with coins deposited on an exchange will not be able to transact with Bitcoin using Bitcoin Cash as they are two separate entities after the fork.