Join CoinGeek’s First Ever Conference On May 2018! 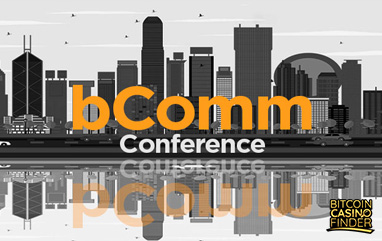 The 2018 CoinGeek bComm Conference will commence in Macau, Hong Kong on May 18, 2018. The Bitcoin and blockchain-focused conference is the perfect continuation of the Global Gaming Expo (G2E) Asia conference which also happens in Macau.

The conference celebrates the first international partnership of electronic commerce (eComm) and Bitcoin commerce (bComm). The assembly concentrates on the combination of Bitcoin in the online business market that hopes to bring in good integration to the everyday lives of users.

Bitcoin Cash as a true form

CoinGeek bComm Conference 2018’s theme is confirming that Bitcoin Cash (BCH) will be defined as a better form of Bitcoin because its features are more effective with bComm while also staying within Bitcoin’s initial motives. Bitcoin Cash reinvents Bitcoin to go back into its promises of faster and cheaper transactions and a true public blockchain.

One of the early users of Bitcoin is the online gambling industry. Now, Bitcoin casino sites play a big part in the Bitcoin economy. Although, with the hard forks coming in, Bitcoin seems to be going through shifts. All in all, the conference will bring awareness to online gambling operators and users about the undergoing modifications. Among the issues are governments thwarting operators and users access to many casinos by blocking domains and traditional payment methods. This is where Bitcoin comes in, with its effective methods and qualities for Bitcoin gambling sites to continue to bring in services. Luckily with Bitcoin Cash, operators and users can rely on transactions with faster speed and lower fees thanks to the new 8MB process of the BCH blockchain.

Ultimately, the conference enables networking and awareness about the changes in Bitcoin. For those Bitcoin gambling operators wishing to partake in learning more about Bitcoin Cash and the new blockchain should attend CoinGeek’s first conference.