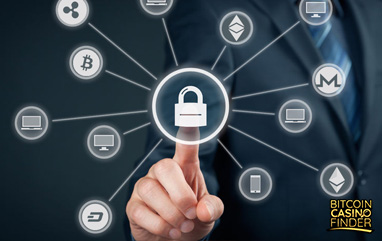 There is a lot more to discover about the blockchain technology. Its capabilities are not limited to its association with Bitcoins and the public ledger. As it turns out, the Colorado Senate passed a bill last Monday, May 7 carrying the use of the blockchain for government record keeping and cybersecurity.

As recently reported, several US states have finally adopted the blockchain technology, but Colorado is always one step ahead and five feet above at everything. Its officials finally passed a bill exempting cryptocurrencies from property taxation and now, the Senate has shown deep interest in using these technologies to improve public services.

Senate Bill (SB) 18-086 entails the Colorado’s Office of Information Technology (OIT), the department of state, and the department of regulatory agencies to put in consideration the use of encryption process and blockchain technology in protecting confidential state records from criminal, unauthorized, or inadvertent manipulation or theft. All the departments mentioned will now be instructed to “annually assess” the data systems of each public agencies in Colorado to see the benefits and costs of embracing a revolutionary technology such as this.

The bill states the possible illegal activities the government needs protection from and the possible functions of the blockchain technology in the matter:

“In 2017, the cyber threat to the Colorado government included six to eight million attempted attacks per day […] There are increasing threats to the theft of […] information within government data [and to] networks. […]

The expanded use of distributed ledger technologies, such as blockchains, may offer transformative improvements to data security, accountability, transparency and safety across dispersed state departments and jurisdictions.”

The bill as a whole has a particular purpose of improving the entire state, not just the data dear to the government. It notes that the technology behind the blockchain holds the power to provide connections among society, technology, and finances by “supporting the mapping of human action to transactions performed on the internet,” while still preserving the value of privacy. Over and under, the bill also aims to encourage educational institutions to include blockchain technologies on their curricula and research activities.

Through this movement, Colorado has been praised by international economists and analysts for becoming the most crypto-friendly jurisdiction in the United States.