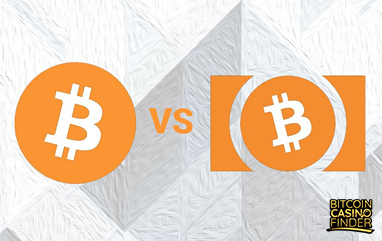 Bitcoin and Bitcoin Cash are not entirely two separate currencies, but it is imperative to understand that the former is the original network and the latter is a result of the hard fork. Also, Bitcoin Cash(BCH) comes with new sets of rules and protocols to achieve an increased block size of 8mb, faster verification processes, and adjustable transaction fees. But beyond that, there are new factors to consider when differentiating Bitcoin and Bitcoin Cash. Analysts and investors also observe market volatility, level of protocol, and social engagement.

The widely observed metric and price of cryptocurrencies affect Bitcoin and Bitcoin Cash. The network category refers to the activity inside the on-chain network. Both of the coins’ status saw very little difference. Most of the time, Bitcoin Cash stayed around the 12 percent mark, near Bitcoin’s market price. Transaction volume occurring on the Bitcoin Cash’s blockchain network also remained under ten percent of Bitcoin’s on-chain volume activity throughout 2018.

The exchange activity for the two cryptocurrencies underwent multiple variations over the year. Bitcoin Cash volume transactions in exchange platforms from August to November last year reached its strongest numbers in 2017, exceeding Bitcoin’s exchange volume for almost a month. After that, over 100 exchanges from around the world listed BCH as one of their major cryptocurrencies.

This 2018, however, one can see that the protocol level for Bitcoin Cash has been relatively low. It still benefits from the legacy code of last year’s fork, but since the breakaway network is yet to maintain the same level of developer interest as Bitcoin, the original cryptocurrency remains on top when it comes to price and network activity.

Initially, Bitcoin Cash held high levels of social activity and it reached about 57 percent of Bitcoin’s total activity. But years later, the highly engaging online communities of Bitcoin Cash have dipped. From millions, this dropped to 101 meetups with 12,000 members in 40 different countries for Bitcoin Cash today.

The main contributing factor to Bitcoin’s soaring social signals is none other than the social media itself. Bitcoin’s Twitter handle with 800,000+ followers has maintained a steady growth since 2012.