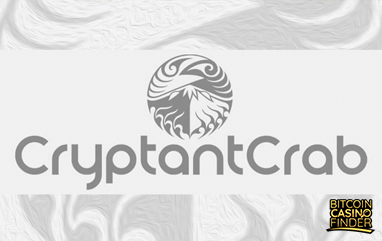 Tapping into the thriving industry of blockchain and cryptocurrency-based gaming apps, Appxplore and iCandy Interactive Limited, developers of award-winning, action-oriented mobile games, recently launched a new gaming space called CryptantCrab. The mission of the project is to slowly introduce the blockchain technology to over 350 million gamers worldwide.

CryptantCrab is a web-based game inspired by Crab War, a clicker gaming application on Google Play and App Store. The game uses cryptocurrencies as an in-game token. It runs on the Ethereum blockchain and managed to raise over $69,000 immediately after its launch and pre-sale event. Not only does this take Bitcoin and crypto gaming to the next level, it also carves a new path for software providers to take. As the crypto betting market grows, more and more users look for diversity, which games like CryptantCrab can offer.

The mechanics of the game is to collect crabs and customize them. The user has to train, mutate, and challenge other CrypantCrab users from around the world. The player’s Crab has to become an investment.

The concept, aside from resembling the gameplay of Crab War, is also inspired by the traditional ‘Betta Fish Fight’, a hobby that originates from Southeast Asia. It features two betta fish fight to death and claim their territory. Adapting the concept, CryptantCrab made use of crabs that have their own unique markings, parts, and elements to fight against each by participating in active trades and battles.

Each crab owned by the user is equipped with elements and unique abilities depending on their colors. They are categorized under Water, Spirit, Fire, Metal, and Earth. Using them as an investment, each player can battle for glory and grow their crab collection.

Fire Crabs – hatched under the intense heat and compression of molten rocks. Their main ability is to withstand any kind of element.

Earth Crabs – they have a distinct connection with the living biosphere around them. This characteristic heightens their precision in combat.

Metal Crabs – originated from the winding caverns in the mineral mines. They obtain powers during combat by consuming mineral resources.

Spirit Crabs – aggressive crabs that originated from the past. They have a distinct body surrounded with war masks.

Water Crabs – they can survive extreme pressure and freezing temperatures by drawing from the elements around them.

The crabs has to be taken to combat to gain recognition. Each victory allows the player to climb the ladder and unleash the crab’s ultimate potential in the battlefield. The growth of the crab is attached to the player’s decentralized crab counterpart on the blockchain. All the crab’s battle experiences, mutations, and legendary achievements are all recorded on the public ledger.