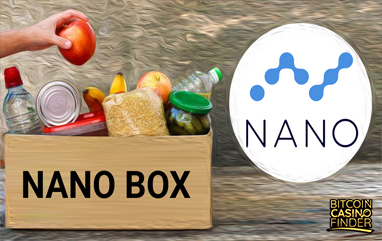 The first-ever Bitcoin transaction made was between Laszlo Hanyecz and two Papa John’s Pizza in 2010. Bitcoin proved its capacity as a mode of payment and satisfied a man’s craving. But this year, as social issues and poverty become more and more prevalent, another man tested the capabilities of cryptocurrency—the vision, however, is not to contribute something to a digitized economy but to feed his family.

The setting of this inspiring event was in Venezuela, and our protagonist is a man hidden by the name Héctor. He shared everything about the event on a Reddit post and an exclusive interview with Bitcoin Magazine.

On July 1, 2018, Héctor received a 0.5 nano donation from one of his fellow countrymen. At that time, the conversion rate from Nano to USD is only $1.80—a small money for some, but a gem to many Venezuelan suffering from poverty. 0.5 nano, according to Héctor, is nearly an entire monthly salary in his country. In fact, it is already bigger than what he made last June.

Several days later, Héctor posted his Nano wallet address on a subreddit forum and have earned a handful of direct messages from other people. He garnered a total of 360.68 Nano (roughly $950) on July 5 from contributions after contributions. To his surprise, he shared with the Nano community in a new Reddit post that he was able to purchase 224 lbs. of food for 29 Nano.

“When I told my family about “las monedas virtuales” I got from a Reddit post, my dad gave me a huge hug because it was a relief for all of us. We are five in our house, four of us are adult and we work in different areas. Every month when we get paid, our salaries weren’t enough to buy basic supplies or even food”, Héctor said, sharing his gratitude.

Like Héctor, many Venezuelan are running out of food. It is a common scenario in the country, especially a few days after getting paid. With 3 Nano (around $8 USD), a family can survive and buy food for the entire week. This is not something people see every day, and this is yet another milestone for the cryptocurrency community.

Cryptocurrencies are already a popular commodity in Venezuela. Nano, Bitcoin, and altcoins serve as a form of private money in the country’s delayed and unstable economy. If Nano helped Héctor in his struggle, the Venezuelan government and its President Maduro thinks that a new coin can ultimately help their country. They plan to issue their own national coin, backed by valuable commodities like oil and gold, in an attempt to revive the economy.