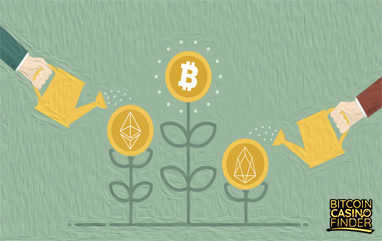 The cryptocurrency market continues soaring high after these past few weeks. Major digital coins and assets have seen solid growth over the 24-hour period allotted for press time. As a matter of fact, most of them have established a total market cap at over $300 billion; this has been the healthiest month for Bitcoin and Ethereum among others.

Still leading the game is last week’s largest market rally, Bitcoin. It reached an $8,000 psychological price point and is now trading around $8,230 to press time. Even if Bitcoin was only up by one percent today, it’s just a few thousands shy of its weekly rate of $8,431. Major price index charts show that Bitcoin’s weekly and monthly gains are at a positive 11.9 and 33.3 percent respectively. All in all, the coin’s dominance by market capitalization is at 46.9 percent.

Ethereum also enjoyed exciting price action overnight. The coin now trades at around $478, gaining a 1 percent increase today. It held a bold $483-dollar surge yesterday while still swaying to its current level. Ethereum sees its weekly and monthly price-performance into a positive territory, with total gains of around 3 and 9 percent respectively.

On today’s listings, almost all of the top 10 digital coins by market cap are highlighted in green (increase in price), only Bitcoin Cash, Ripple, and Litecoin are the exceptions. Measuring against Bitcoin, hard fork Bitcoin Cash is struggling to maintain its price market support above $800 dollars. It may be the fourth largest cryptocurrency in the industry, but its cash trading volume is dropping. At press time, Bitcoin Cash is trading around $796 dollars and has a negative increase rate of -4.93%. Ripple saw a small loss of about half a percent and is now trading at $0.46 to press time, while Cardano was down at just a fraction of a percent and is now trading at $0.17 per coin.

The cumulative market cap of all cryptocurrencies is now over $300 billion, but many analysts predict that it could go even higher over time.

Sounding a little vague in his statements, Blockchain Capital partner Spencer Bogart compared Bitcoin’s price to a “tinderbox”, saying the asset is “waiting for reasons to go higher.” But Jesse Powel, CEO of Kraken crypto exchange, has a solid answer for him. Powel believes that “in the rest of the months of 2018, cryptocurrencies would see accelerated growth….There are many businesses revolving around cryptocurrencies now. This would propel the entire cryptocurrency market to cross a valuation of $ 1 trillion.”