Cryptocurrency Not A Major Threat to Germany’s Economy 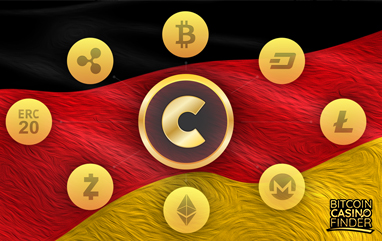 Germany has a highly developed social market economy. In fact, it has the largest national economy in Europe alone and places fifth in world’s gross domestic product (GDP) ranking. With these data at hand, representatives of the German Federal Government strongly stated that cryptocurrencies are not a threat to the country’s financial stability.

Cryptocurrencies now play a role in every country’s businesses and financial institutions. With these coins’ volatility and liquidity, one might think that they can upset financial stability and bring doom upon the economy. But according to Germany’s federal government, the volume of crypto-asset transactions is not on par with the size of the global financial system to threaten Germany; it is too low to make a significant impact in the economy. Surprisingly, they share the same sentiments with the International Monetary Fund (IMF), an American organization promoting international financial stability and monetary cooperation. Regardless of this assurance, they still deem it necessary to regulate and monitor cryptocurrencies at the Group of Twenty (G20) level. It would involve an international forum among countries with leading industrialized and emerging economies.

This movement from the German government is a direct answer to a parliamentary question on problems involving cryptocurrencies, asked by right-wing political party Alternative for Germany (AfD). The alleged issue is associated with money laundering, illegal revenue, and use of cryptocurrencies in online gambling and terrorist financing. As of now, a nearly-complete national risk analysis is being conducted by the government to identify if there is any need for action on their part: “In order to address the risks of Bitcoin and other “cryptocurrencies”, there are already important regulations in Germany: for example, German-based crypto traders must follow the same anti-money laundering regulations as other financial service providers – especially when it comes to identifying customers.”

Additionally, it was also noted that permission from the Federal Financial Supervisory Authority (BaFin) is needed for the commercial trade of cryptocurrency. All help is needed to emphasize the importance of financial control in the cryptocurrency ecosystem. Evidently, actions at a European and international level can harmonize the handling of such coins.