Cryptocurrency Trends To Take Flight In 2019 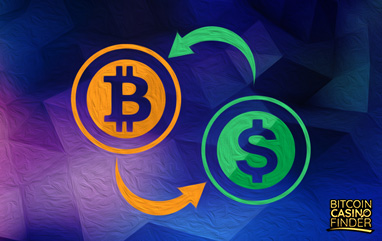 Despite the ups and downs of the crypto industry that have brought earnings and losses to cryptocurrency exchanges, users of digital coins still look forward to what 2019 has in store. Many believe that these new trends for next year might overcome the volatility and unpredictability of the market:

Cryptocurrencies dominated the financial market years ago. Due to its booming popularity for several years, new investors have entered the market, which in return increased the market flow. Bitcoin and its counterparts are still relevant across multiple industries, but many people still don’t trust their market value and capitalization.

To ease the worry of crypto skeptics, a new trend was introduced by developers: the stablecoins. These are cryptocurrencies created to lessen the effects of price volatility. They function as a store of value and a unit of account when used.

Privacy and security are at the top of the Internet’s hierarchy of needs. Bitcoin and digital funds should be protected at all cost since they are also real money, regardless of its virtual properties. For added security, privacy protocols were introduced to the masses. These are guidelines that can protect you from blockchain surveillance, hiding all your personal information from third-party software.

Initial Coin Offering or ICO was already a trend in 2017, but its popularity dimmed in 2018. Despite analysts claiming that it will continue introduce new opportunities next year, a new trend has entered the market. Security Tokens or STOs are predicted to become the new model for deploying crypto projects in the future. These tokens are physical devices that enables users access to electronically restricted resources.

Decentralized credit networks are beneficial to infrastructure development. In 2019, it is expected that these networks will take flight. Cryptocurrency users around the world can gain access to services such as social credit, collateralized loans, and open finance if everything goes smoothly. Many developers also eye the inclusion of non-crypto assets such as cash in some transactions.

When Ethereum was invented, decentralized applications or dApps were also introduced to the world. Many projects such as cryptocurrency casino games and VR technology were made public. This movement was then followed by many applications offering digital currencies as a form of payment or rewards. If dApps will experience mass adoption in 2019, it will be a huge victory for app developers and cryptocurrency users.