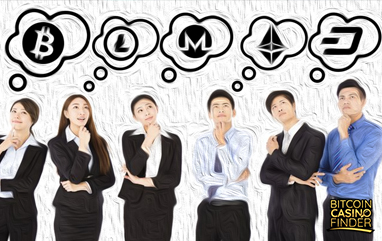 The cryptocurrency market has sustained significant growth in 2017 and 2018. It’s no secret that the blockchain technology has created a more effective and efficient way for people to transact and store information, but does everyone—or even majority of the people already have their own cryptocurrency?

Acknowledging the question, a new study by Dalia Research attempted to “measure the spread of awareness, knowledge, buying intention, and ownership of cryptocurrency” in an in-depth, 24-hour rapid survey of over 29,000 people who have a nose for technology. The sample data came from countries with the largest cryptocurrency markets, namely: United States, United Kingdom, Germany, Brazil, Japan, South Korea, China, and India. Moreover, contributory factors such as education, gender, and nationality were also put into consideration.

In order to get the most accurate results, Dalia Research used an advanced statistical technique called Multi-level Regression with Post-stratification (MRP). They were able to gather the average public opinion for subpopulations in specific geographic units that may be undersampled and underrepresented in data.

The survey revealed that 3 out of 4 people have heard about cryptocurrencies–a groundbreaking progress for the industry. Basing on the countries involved, it revealed that South Korea (87%) and Japan (83%) are the most crypto-aware countries. Following the top two, the Western markets (US, UK, DE) came next with 75% awareness with Brazil lowest in ranking but still garnered 60%.

For those people who claimed that they are already aware of the cryptocurrencies, 4% of the non-owners have the intention to buy one after the competitive prices and media attention the digital coins accumulated. Meanwhile, 7% of them already own at least one cryptocurrency. Par for the course, Japan has the highest degree of ownership and is said to be leading the world at a rate of 11% .

In the gender category, it should be expected that men rank higher in awareness and ownership as cryptocurrencies are mostly used for investment, trading, and gambling. The highest gender gap shown was within the awareness of cryptocurrencies at an average of 11%. The sample population with a higher level of education also rank higher in all categories, especially the levels of cryptocurrency ownership. It shows that that 12% high education surpasses the 4% low education. Similarly, there is a 67% rate in buying intention for those in higher education compared to 33% of those in low education.