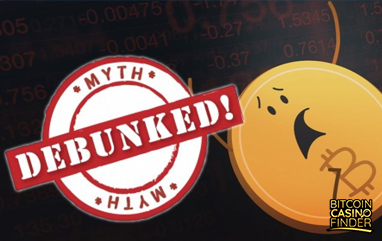 In terms of volatility, cryptocurrencies are no different from other commodities being controlled by the law of supply and demand. There are times that Bitcoin’s price fluctuate wildly, and people are forced to believe two ends of the line: will Bitcoin fly high is there a possibility of Bitcoin dropping to zero?

Feeding the minds of the skeptics, many bankers and investors have been publicly stating recently that Bitcoin is near its doom. Brookfield’s CEO Bruce Flatt claims that Bitcoin has no intrinsic value; investment firm Elliott Management went as far as describing cryptocurrency market as a bubble, a fraud, and limitless ignorance of the human race. Regardless of these claims, there is no denying that the 10-year old digital coin went from zero to $20,000, and there are many industries still believing in its stability and liquidity since there are more things it can accomplish aside from acting as a mode of payment.

Bitcoin and the Blockchain

Bitcoin and other cryptocurrencies are not your traditional commodities or fiat payment, they are considered as a technological revolution because of the inclusion of the blockchain technology. Its presence in several sectors such as financial institutions, private companies, and governments improved the overall productivity and security of the people involved. Banks continue to look for effective ways to teach their customers how to use cryptocurrencies, its worth, and the different applications of the digital asset. Governments, all the same, have protected their websites from thieves and anonymous attacks.

Elizabeth Stark, CEO of computer software company Lightning Labs, shared why Bitcoin is not something people will ever forget. She said, “When we first pitched my company Lightning Labs, we actually took the word ‘Bitcoin’ out of our deck and our marketing material because it was so much about blockchain. Now, I feel like we’ve entered into a ‘Bitcoin, not blockchain’ world, where people understand the value of cryptocurrency technology and what these can bring. You also have proof-of-work in Bitcoin, you have the public/private key cryptography. There are other things that make Bitcoin special. Somehow, the blockchain part got separated and became a thing.”

There are pieces of evidence to prove that Bitcoin’s popularity makes it difficult for the entire cryptocurrency market to suddenly lose total support. The adoption of Bitcoin and the blockchain makes things even more stable because the growth and survival of one another are, according to Cornell University Associate Professor Emin Gün Sirer, a chain that does not just disappear. He further stated: “We have seen that these technologies are quite robust. Chains do not just disappear, they are resilient and stick around. Many of us spent years proselytizing for these technologies in general and Bitcoin in particular. As a result, it had immense goodwill and brand recognition built around it. So there will always be a community around the brand that will ensure that that chain makes progress.”

The biggest reason Bitcoin dropping to zero will never happen is because people continue to invest in it while others discover its useful and unique uses. It is impossible to stop its circulation because it is not tangible—Bitcoin is decentralized and autonomous. The use of it is rapidly becoming a financial system in everyday life, and people of all status and ages are eyeing it for investment.

Jehan Chu, co-founder of blockchain firm Kenetic Capital, believes that Bitcoin is a new system that can solve and survive the future. She said, “Bitcoin will never go to zero because it is a hedge against falling currencies, inefficient economies and increasingly systemic inequality. Bitcoin represents the currency of a better future for society, and people will always invest in their future.”