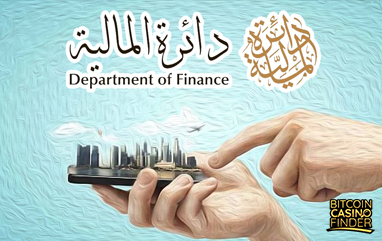 Dubai emerges as the Middle East’s leading smart city when it stood out last year as the only region with high-tech infrastructures and smart initiatives. This year, the city is once again ready to take another step towards decentralization. The Dubai Department of Finance (DoF) collaborated with Smart Dubai Office (SDO) to launch a “Payment Reconciliation and Settlement” system, powered by the blockchain technology, to expedite government transactions.

The new platform was launched last Sunday, September 23. It’s reportedly already in use by the Dubai Electricity and Water Authority (DEWA) and the Knowledge and Human Development Authority (KHDA). The two have processed a combined total of more than five million transactions. In a while, the “Payment Reconciliation and Settlement” system will target other government entities such as the Dubai Police, Roads and Transport Authority (RTA) and the Dubai Health Authority (DHA). Other government authorities that are planning to join but not yet confirmed are the Dubai Customs, the Dubai Municipality, the Department of Tourism and Commerce Marketing, and the Dubai Courts.

Once the list of involved parties is finalized, these departments can ultimately expect more accurate and transparent governance processes and real-time payments within and between government structures—a far cry from the regular 45 business days assigned per government transactions in the city. More than that, the system can eliminate friction within financial processes through automation and minimizing human intervention and can provide immediate disputes, claims resolutions, and immutability of financial records.

Dubai, as well as the residents and the officials residing in the city, believe that blockchain can really cater to their day-to-day needs. Dr. Aisha Bint Butti Bin Bishr, the director general of the SDO, claimed that “Blockchain is one of the most promising of these technologies, attracting more investments every year”. He added, “Dubai was a pioneer in this sector and continues to make progress with the launch of the ‘Payment Reconciliation and Settlement’ System, which falls in line with the ambitious Dubai Blockchain Strategy, launched by Sheikh Hamdan bin Mohammed bin Rashid Al Maktoum, Crown Prince of Dubai and chairman of the Dubai Executive Council. The Strategy seeks to increase government efficiency by transferring 100 percent of government transactions to the Blockchain network.”

There are other blockchain projects backed by the government in Dubai aside from the “Payment Reconciliation and Settlement” system. In April, the UAE Vice President and Prime Minister launched the “UAE Blockchain Strategy 2021 initiative” to position the country as one of the global blockchain leaders this year. Last July, the Dubai International Financial Center (DIFC) revealed a partnership with Smart Dubai to execute a “Court of the Blockchain” project to explore the potential of the technology for the country’s legal system.