Ethereum Co-Founder Is Positive Ahead Of The Market Crash 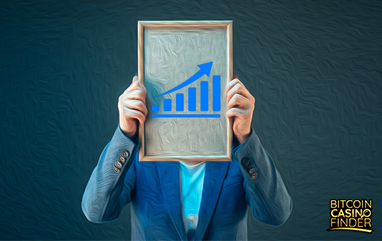 Cryptocurrencies are nearing their lowest price of 2018, resulting in a market crash that saw most major coins to tumble in value. But according to Ethereum co-founder and ConsenSys CEO Joseph Lubin, the current price collapse will not interfere with the continuous growth of the cryptocurrency ecosystem.

Lubin explained that the rise and fall of the coins’ value in the past year were just another bubble to deal with, like the previous six bubbles that brought a significant burst of activity in the trading market. He said: “We build more fundamental infrastructure, we see a correction, and the potential gets even more impressive… I absolutely expect that there is a strong correlation between the rise in price and the growth of fundamental infrastructure in the ecosystem and the growth of development in the ecosystem. We are probably two orders of magnitude bigger as a developer community than we were eight or 10 months ago.”

The volatility of cryptocurrencies bothers investors and investment firms, but Lubin attributed the volatility to “trader types” and claimed that it is not one of the determining factors of infrastructure enhancement. His company and other firms with the same businesses are still on track, regularly tracing the price and making growth plans and projections. Lubin even admitted that he foresees a future where Ethereum is a significant item among hundreds of other protocols.

The activity of Ethereum actually rose by two orders of magnitude since all prices jumped last year. Ethereum went as high as $1,000 in February this year due to startups building projects on top of its Blockchain and selling digital tokens or Initial Coin Offerings (ICO) in exchange for Ether.

Yesterday, however, Ethereum stooped down to a 9-month price low and was only trading at around $280 dollars. The last time the altcoin fell below its $300 price mark was in early November of last year. This morning, losses expanded to 16 percent and almost 35 percent over the last week. At press time, Ethereum is trading around $263, down 7 percent on the day and with a total market capitalization of over $26 billion.