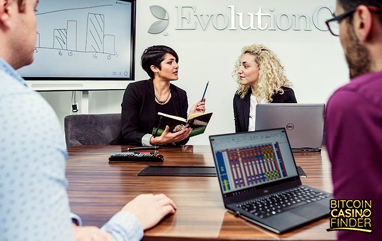 The deal requires NetEnt to allow Evolution Gaming to take over their RNG online slots. The deal was proposed last month and was approved in July. Both online casino giants shared the positive changes from their financial reports after the deal.

Evolution Gaming saw its revenue reaching a 50% increase. The company already earned €128.3M in three months leading to June 30, but earnings jumped 90% to €81.1M and profit doubled to €70.4M when it acquired NetEnt. According to Evolution Gaming CEO Martin Carlesund, the company’s revenue would have increased more if they weren’t forced to reduce table capacity on its main live casino studios due to COVID-19.

Evolution’s UK-based operations are the only branch that reported an annual downturn due to COVID-19. Evolution Gaming’s revenue in the UK fell by €2.1M to €10.6M in the second quarter of 2020. Their Nordic online casino markets gained €700k to €6.7M in revenue, while the rest of the European markets saw a 42.4% increase to €62.4M in revenue. North American and Asian markets even saw an improved revenue of nearly 81% to €8.5M and €28.4M, respectively.

“Supported by revenues from the US market, NetEnt (excluding Red Tiger) returned to solid organic growth in the quarter. The US accounted for 10% of total Group gross gaming revenue (GGR), with GGR growth in New Jersey at 148% Y/Y and in Pennsylvania at +100% Q/Q. The underlying EBITDA margin was 54.6% and important steps were taken to fully integrate Red Tiger and to support profitability going forward.”

Carlesund said that acquisition plans for NetEnt are moving forward based on the original timetable. Although some of the proposed plans are now in effect, Evolution Gaming is still waiting for the acceptance of NetEnt’s shareholders by October 26.