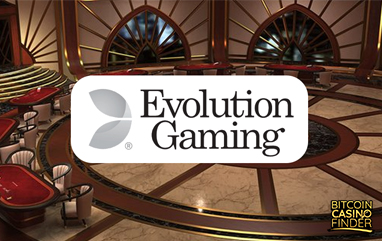 Chief Product Officer of Evolution Gaming, Todd Haushalter, announced the expansion of the developer’s first-person portfolio this week. Acknowledging the success of its previous releases and promoting the new titles, Haushalter said:

“Our goal when creating the First Person games was to make the world’s best RNG table games. When our first two games, First Person Roulette and Blackjack, were launched we agonised over ensuring that the 3D graphics and performance were perfect…Those first two titles proved incredibly popular so we broadened our goal to include RNG versions of our game show games.”

If you’re keen on having a look at the future of Bitcoin Baccarat, First Person Baccarat features an interactive virtual table. Players, VIP or not, can access all standard and expanded features of the game as there are 12 tables to choose from. The options include six regular tables and six tables with no commission. Players can either play in a Baccarat Hall or Multi-table view.

First Person Dragon Tiger is a fast-paced fiat and Bitcoin table game perfect for Baccarat enthusiasts. The mechanics are simple. Players only need to bet on the corresponding number of the two cards dealt. The card with the higher number or face value wins.

The game’s virtual environment makes up for its simplicity. Players can define their player experience by pressing the ‘DEAL’ button to play at their own pace or enabling the free hands feature to shuffle the shoe at any time.

This product is a virtual sports game like no other. First Person Football Studio is an RNG game that features a superior 3D animated environment similar to sportsbooks. To bet and win, players can predict the result of the live studio game and wager using the Home Win, Away Win, or Draw options. The studio reflection of the game shows a live match from global football fixtures.