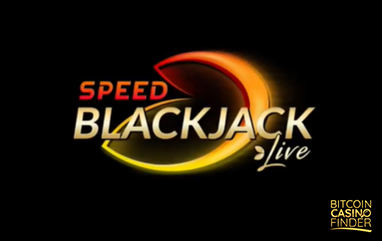 For years, Evolution Gaming has been providing the best online table and card games. This year is no different as the game supplier announced the release of a new live game arsenal, which features Speed Blackjack Live, a modified version of traditional blackjack game with new features and commands.

Todd Haushalter, Chief Product Officer at Evolution, led the release to explain the main differences of Speed Blacjack Live to regular blackjack titles under the brand: “Blackjack players have made decisions from the dealer’s left to right, in order, and everyone has had to wait for the deciding player because that is how it’s always been done in casinos. We asked ourselves, ‘Why should players have to wait?’ With Speed Blackjack, players make their decision when they are ready and whoever is fastest gets the next hit card, giving the player more control. This has no impact on the maths of the game, it just reduces waiting time.”

Speed Blacjack Live still holds the essence of traditional card games, but we can confirm that you’ve never seen these additional elements and features to the game before. Evolution Gaming ultimately aims to set their titles apart from the competitors and extend their portfolio of live blackjack chances. Infinite Blackjack and Free Bet Blackjack, two of their smash-hit titles last year, are also equipped with unique options and payouts.

The same blackjack rules as the regular version apply in the game, but the form of dealing order is different. Players will have two regular cards from the dealer in the beginning of the game. When all players finally have their combinations, they can choose to Hit, Double Down, or Split. The fastest player who can lock in his decision, a nod to the game’s title: Speed Blacjack Live, will get the next card first. The pattern will go on and on until all participants receive their additional cards for the current round.

Since the game’s actual mechanics force and encourage players to choose a command and make the first decision, Speed Blacjack Live is 30% to 40% faster than regular blackjack games. Here, players have more control over the game and their decisions.