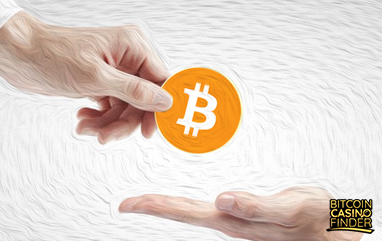 Bitcoin is deemed the number one cryptocurrency since its introduction, but it’s also different than and traditional currency you know and use every day because it’s widely embraced buy multiple industries and merchants. You can buy crypto coins from exchange sites and platform using your own money. However, there are other options to get bitcoins. You can even get your own coins for free or at a lower price compared to major exchanges. Find the alternatives below and see which one works with your preference best.

Since Bitcoin is highly volatile, trading seems to be a popular option to buy and sell bitcoins. The abrupt shift in the price movements of Bitcoin create opportunities for owners to make a profit out of it. To avoid falling below Bitcoin’s crucial prices, you can resort to CME and CBOE Bitcoin features and use their tools to avoid price volatility risk.

Bitcoin Faucet activities involve any reward system that pays out bitcoins. These are in a form of website or application. All you have to do is perform various activities provided by the website such as completing a survey, downloading a Bitcoin game, or simply entering a captcha. These sites make money through heavy advertising and from your work contributions in completing these tasks. The Bitcoin rewards are dispensed at predetermined intervals, so you have to monitor your account every earning.

Bitcoin mining is one of the first ways to earn bitcoins. With Bitcoin not having a central government, the coins are developed through mining. This process uses a special software to solve cryptographic puzzles and other complicated math problems. After the completion, it issues Bitcoin sand creates an incentive for more people to mine. Most of these problems are really difficult, so if you’re a math genius, Bitcoin mining can be your stable source of income.

If you have a running business, you can easily acquire bitcoins without doing anything other than wait for your customers to fall in line. You can join the likes of Nike, Microsoft, and KFC in accepting Bitcoin as a mode of payment. The process is easy. Start accepting bitcoins by posting a sign or by releasing a press release. You’ll need a dedicated app or website that generates QR codes for people to scan. After that, have an accounting professional to monitor the Bitcoin payments and set up precautionary measures against Fraud and other illegal Bitcoin activities.

The government usually issue rewards for the capture of certain criminals. This is called bounty hunting, and you can be a bounty hunter if you participate. With the emergence of the Internet and virtual currencies, the process of bounty hunting tremendously changed, and it’s actually much easier today because hunting down criminals is not the only option. There are bounty programs offering bitcoins to people who can perform marketing activities like promoting business and campaigns through social media posts, blogs, and other websites. Some even ask to craft YouTube videos reviewing blockchain companies.