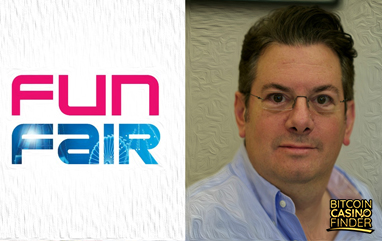 Jeremy Elliott “Jez” San, an English game programmer and entrepreneur who co-founded FunFair Technologies, shares his new mission to build better online casinos with blockchain. Jez San considers blockchain and Bitcoin casinos as an opportunity to unveil the true potentials of the innovation in iGaming. Read on below and hear more of his future plans.

FunFair Technologies continuously seek ways to address the main issues frequently encountered by online casino players. To elaborate their plans in innovating more casino games, Jez San said: “The initial innovation was how can we get players to trust online casinos, and the way we’ve achieved that is by making some fundamental changes to the way casinos work. The first one is there is no deposit and no withdrawal needed, so the players don’t have to leave their money in the custody of the casino. That is going to make everyone feel much more comfortable playing an online casino. We can make the games provably fair both of the random numbers and also the game logic itself, which is in smart contracts, running on the blockchain.”

Most game developers, including Jez San himself, is aware that many casino enthusiasts are yet to be introduced to the blockchain technology. Hence, following FunFair Technology’s goal involves delivering products and services to people who already have their sights on the technology. Jez San explained: “We’re going after the crypto savvy audience, the people that already understand cryptocurrencies and blockchains and they already know phrases like provably fair. So they’ll be our low hanging fruit. And then eventually we’ll be able to work with payment processors to onboard regular people that haven’t heard about crypto before, but still want to get the fairness and trust benefit of the technology that we’ve invented.”

As for the casino operators’ interest, Jez San and his company will also take in some steps to capture their attention. He noted: “Some regulators are very pro blockchain and wish to take advantage of the new technology and the improvements in player fairness. Some regulators are a bit slow and will need more education.”

Jez San believes that U.S players and regulators need more time and effort to understand the properties of the blockchain. After all, the country’s regulatory measures for online gambling remains strict. With FunFair’s effort in attending U.S. gaming conferences like the Global Gaming Expo, Jez San and his team can educate more audiences in no time.

Jez San elaborated: “I think it’s spreading the word and educating because we’ve done something completely new that’s very innovative and a lot of people don’t understand what we’re doing. Some people even think that blockchain and cryptocurrencies are a dirty word. And we have to show them that actually there is a real reason we’re doing this and that the benefits to the player and the casino are extremely interesting, and maybe we’ll convince some of them.”