The Future of Bitcoin According To Believers and Skeptics 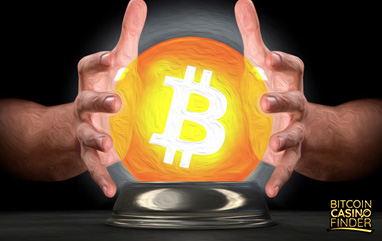 If you’ve been around the cryptocurrency industry for a while now, then you’ve probably heard these different predictions of skeptics and believers from all financial sectors: “Crypto is the mother or father of all scams and bubbles”, “Bitcoin is certainly going to be worth a great deal more than it’s worth today”, “Bitcoin is the greatest store of value ever created.”

These are the words of American economist Nouriel Roubini, Lou Kerner of CryptoOracle, and Jeremy Allaire of Circle.com. The black, gray, and white mindsets of these personalities influence the way consumers view Bitcoin as cash and asset. We can never know for sure who’s right and who’s wrong, but we can definitely assess and evaluate where they’re coming from and how will their statements affect the future of Bitcoin.

In line with the perspective of Nouriel Roubini, we also have Paul Donovan and Andreas Utermann, two of the most popular figures in the bank and investment industry. The two recently released statements with Utterman saying “You should outlaw it (crypto). I am personally surprised that regulators haven’t stepped in harder”, and Donovan claiming “I come to bury Bitcoin, not to praise it.”

Both firms handled by Donovan and Utterman are doing well in terms of central bank financial stimulus or money-printing, hence their cold treatment toward Bitcoin and altcoins. They prefer cash over crypto because these are decentralized competitors, a threat to their centralized status in the world economy and financial markets.

Bitcoin believers followed the statements of Kerner and Allairs. The most notable one is Forbes Billionaire Mike Novogratz’s recent statement: “It (Bitcoin) wasn’t tulips. It was a mania built on something that’s real. Most bubbles are built around things that are real. The Internet bubble felt like mania, and whoa, did the Internet change our world. When I look ahead, I’m pretty constructive.” Although his statement is not entirely positive, he’s one of the ever-hopeful supporters of Bitcoin and cryptocurrencies.

The positive reception toward Bitcoin is from the issue that its price is driven by market psychology. After all, it’s a new technology and still stuck in the early days of adoption as many consumers prefer cash. The believers believe that with proper promotion and education, they can change the volatility of Bitcoin.