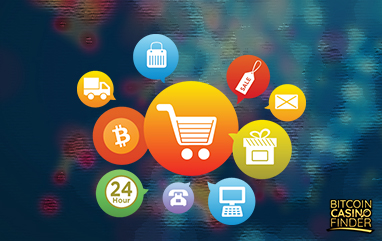 Cryptocurrencies, particularly Bitcoin, are unarguably volatile, hence the existing and continuous debate between the skeptics and the believers regarding its capability to be used as currency or an investment. Feeding this feud, there are occasions when the price point of Bitcoin becomes unjustified because not enough retail businesses use it for transactions. However, this sentiment is about the change as two big global companies decided to open the gradual adoption of crypto as a mode of payment in exchange for goods and services.

Two of the most popular companies joining the revolutionary adoption are Digitec Galaxus AG, the biggest online retailer in Switzerland, and Avnet, one of the world’s largest distributors of electronic components and embedded solutions. The two companies’ combined revenue last year was $18.39 billion, so this move would truly make a statement in the cryptocurrency industry.

Digitec Galaxus AG made the announcement through a Twitter post: “Now you can pay us with #cryptocurrencies. Behind the project is Team Specter. They give insight into their work.”. Avnet, on the other hand, released a press release and a short article detailing their decision to use cryptocurrencies as a mode of payment. The company revealed that they’ve partnered with Bitpay to make the process easier and to offer the following deals and features: real-time conversion rates (calculated down to a 15 minute window), Bitcoin and Bitcoin Cash payments, a fixed 1% fee, and easy and fast online payments.

With this adoption, the two companies can help promote Bitcoin’s utility. Cryptocurrency as a whole currently thrives in the global market due to the number of Bitcoin-accepting businesses and other variations in 2013. The number has grown by 702% ever since.

Despite the growth, there are still countries where Bitcoin and other cryptocurrencies are restricted. Many retailers then became hesitant to accept them as a mode of payment. Those countries or regions where reliable and stable banking services are rampant don’t see the need for decentralized networks offered by cryptocurrencies. Meanwhile, areas where banking resources are rare heavily rely to cryptocurrency transactions. With this, it’s safe to say that it would take more than global retailers to change the mind of the public towards Bitcoin.